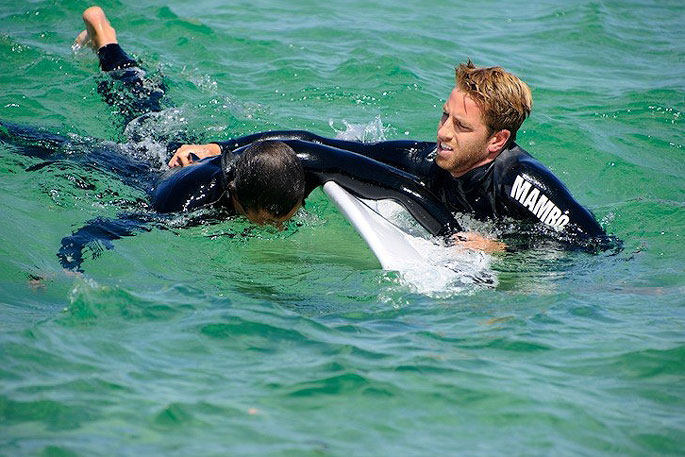 The Surfers Rescue 24/7 initiative will upskill the New Zealand surfing community to help carry out rescues at our beaches.

The initiative was developed by Surfing NSW in conjunction with Surf Life Saving NSW in Australia.

The two-hour course gives surfers and water users the ability, confidence, and skillset to perform a rescue in an emergency with techniques to best use your surfboard in these situations.

“As surfers we are in the water 365 days a year and are often the first responders to emergencies on beaches and waterways,” says Surfers Rescue 24/7 coordinator Lee Ryan.

“This is why the Surfers Rescue 24/7 program is so important to get out into New Zealand’s surfing community.”

“I have lost count of the number of times I have seen surfers help someone who is in trouble. Unfortunately, the rescues undertaken by the surfing community often go unheard. However, I am certain, those who have been helped will never forget. Surfers Save Lives. It really is that simple” says Dr Kearney.

According to Surf Lifesaving Australia, more than 60 per cent of rescues in Australia are performed by recreational surfers.

With more than 15,000km of coastline in Aotearoa and a love for the water, these numbers are expected to be similar on our shores.

Ninety per cent of New Zealand beaches are unpatrolled, so it's important for surfers to be better equipped to perform and react in emergency situations at the beach.

Many surfers have basic to very minimal first aid experience and little to no knowledge of how to perform a rescue.

The Surfers Rescue 24/7 initiative, held over two hours, will help surfers develop their board rescues skills, cardiopulmonary resuscitation and ultimately, ready them to save a life.

This is not only a course for experienced surfers, all water users are encouraged to attend the course and make Aotearoa’s beaches safer for everyone.

Together with Surf Life Saving New Zealand, a group of eight trainers and presenters has been upskilled around the country.

Courses have already been facilitated at Gisborne, Mount Maunganui, Christchurch and Muriwai with 90 surfers having taken part.

This summer we will roll out the initiative further.  Courses are planned at Dunedin, Christchurch, Waihi Beach, Whangamata, Onemana, Tairua and Piha with further interest from several other regions.

Leif Neilson, Chairman of United North Piha SLSC stated that in the last twelve months their search and rescue squad alongside Piha SLSC recorded more callouts than any other area in the northern region, with a high number of bystander/surfers assisted rescues.

“Passing on rescue skills to surfers so that they could save a life in a critical situation is a no brainer,” added Neilson who will be part of the team facilitating a Piha course on December 12.

If you would like to join a course head to https://surfingnz.co.nz/surfers-rescue-24-7/ for more details and course locations.