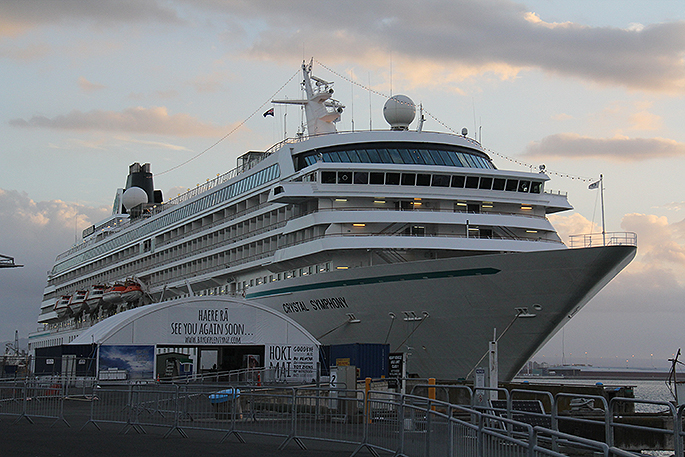 The Bay of Plenty tourism sector has been dealt a blow with hopes of an early-2022 return of cruise ships to Tauranga suffering a significant casualty.

Norwegian Cruise Lines have pushed back plans for potential trans-Tasman voyages in February and March until later in 2022.

A summer staple, worth more than $70m to the local economy in 2019-20, cruise ships and their passengers have vanished from Tauranga since the start of the Covid-19 pandemic.

However, with Government plans to begin opening up borders in the first-quarter of 2022 on a risk-based system involving vaccination status and country of origin, Norwegian Cruise Lines had been taking bookings for potential trans-Tasman excursions.

The Norwegian Spirit was originally scheduled for a 12-day cruise beginning in February next year which would have taken in Tauranga as the penultimate location after Sydney, Eden, Tasmania, Timaru, Lyttelton, Marlborough, Wellington and Gisborne, before the final stop and disembarkation in Auckland.

In March, a further cruise was planned in which Tauranga was also on an itinerary which included Sydney, Melbourne, Dunedin, Akaroa and Napier.

Those voyage dates have now been scrapped.

“We appreciate the patience and understanding of our guests and travel partners with impacted bookings and apologise for any inconvenience caused.”

A 10-location cruise leaving Sydney on December 22 is now NCL’s next voyage set to stop in New Zealand, including Tauranga on January 2, 2023.

That time period, according to Tourism Bay of Plenty general manager Oscar Nathan, is now looking like an increasingly likely period for returning international cruise operations to the region.

“This decision is unfortunate but not surprising, given the uncertainty that New Zealand’s current Delta outbreak is creating," says Oscar.

“It’s unclear when the Government is intending to ease the tight restrictions at our international border, and this is the key factor that will determine when cruise ships will actually be able to return to our ports. The 2022/2023 summer season is probably going to be a more realistic timeframe.”

NCL say that all guests and travel partners will be contacted and receive a full refund, as well as a discount off any future cruise, due to the postponement.

At present, the maritime border remains closed to foreign vessels, with only a few exceptions, although entirely domestic cruises are currently permitted.

Other operators, such as Carnival and P&O do still have listings for voyages which will include Tauranga for the first quarter of 2022.

Viking Ocean Cruises have a 119-day voyage due to embark from Los Angeles on January 10 2022, with Tauranga one of its scheduled stops in February and excursions to Rotorua planned, on the round-the-world trip which ends in London.

A spokesperson for the Port of Tauranga recently told SunLive they are not budgeting for any cruise visits before the end of the current financial year on March 31.

Who wants to visit a country without a plan (or a clue). Cruise companies are going to be hyper sensitive following the Ruby Princess debacle and we have absolutely no way to assure them that their passengers will be safe. We’re still presenting absurdity and lack of professional governance to the world.

we do not need all these so called workers in hospitality that work in tourism no need now,Kirsten left,(or may have been pushed) out by TCC, so they can all go as there is nothing to do,they could come back when ships start coming back in,which i hope dont,imagine all the 1,000s of tons of fuel saved over a yr,probably hundreds of million tons,so thats a big saving in it self,anyway my sixpence worth,Thanks Sunlive,No1, 10-4 out.phew. my thoughts only on this topic.

Another year in the cave for frightened little Kiwis, despite one of the highest rates of vaccination.