What Covid-19 lockdowns are doing to our eyes 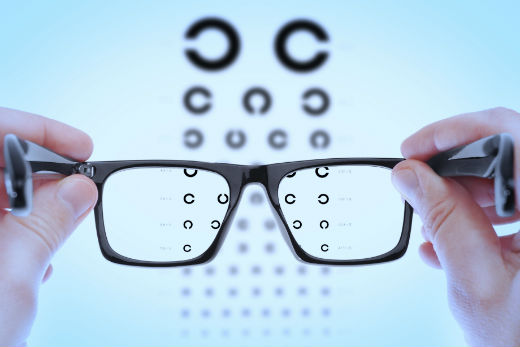 Since the beginning of the pandemic, Kiwis have been spending more time online for work, school, and entertainment, something Auckland optometrist, Karthi Param, says can create problems for our eyes.

Research conducted by Specsavers in January 2020 showed the majority of Kiwi office workers were already experiencing symptoms of digital eye strain, with 86 per cent of people claiming to have experienced at least one symptom while at work. Comparative data from October 2021 now shows that number has increased to 93 per cent.

“Last year, we predicted an increase in Kiwis experiencing digital eye strain due to level three and four restrictions. This year, overwhelmingly, it seems like digital eye strain is becoming even more of an issue, and I suspect there are many more Kiwis out there who do not realise their symptoms are due to excessive screen time,” says Karthi.

This year’s research shows that 87 per cent of respondents who experience symptoms of digital eye strain when working from home have also seen a big increase in remote working in the last 18 months.

Almost nine in ten (88 per cent) of these respondents state that their overall screen time increased when at home due to lockdowns, with the majority (68 per cent) reporting increases of at least 50 per cent more screen time.

The regularity, severity and impact of symptoms have all increased, with one in seven saying they experience more symptoms and half reporting an increase in the severity of symptoms when working from home due to COVID.

A further 55 per cent are needing to take longer breaks, and 76 per cent believe the symptoms have a greater impact on their productivity.

“With the lifestyles we lead now this problem isn’t going to go away, thankfully, there are a few simple ways to combat the problem, while adhering to COVID-19 restrictions.”

When it comes to the symptoms Kiwis are experiencing, pre-COVID, 42 per ceny reported sore, tired, burning or itchy eyes in January 2020, a figure that has increased to 51 per cent in 2021. Those experiencing blurred or double vision has risen from 21 per cent to 26 per cent.

On average, 29 per cent of those experiencing symptoms are suffering at least daily, a figure that sat at 13 per cent at the beginning of 2020, and 75 per cent suffer at least weekly, up from 52 per cent.

Karthi says the good news is most, if not all, symptoms of digital eye strain can be easily reduced by taking regular breaks, drinking lots of water, blinking as often as possible, and making sure your screen is set up correctly.

Tips to prevent and reduce digital eye strain when working from home:

Least of our problems is eye strain

The destruction of small business in favour of the few big businesses is a policy that is destroying peoples lives. Why is everyone going to a big business safer than a small one with less people. There is no logic so its about control.