Views sought on plan for used tyres and batteries 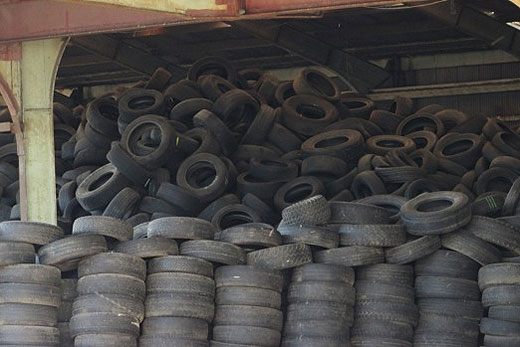 New Zealand is one of the highest generators of waste per person in the world. File photo.

The Government is taking the next steps needed to better manage used tyres and large batteries, and is inviting New Zealanders to have their say.

“Our plan will see manufacturers, sellers and users taking responsibility for ensuring old tyres and large batteries don’t end up in landfills or the environment,” says Environment Minister David Parker.

The plan proposes a “product stewardship fee” charged at the time of purchase to cover collection and recycling at the end of a product’s life.

The regulated product stewardship schemes will help ensure a more sustainable legacy for future generations by supporting the shift to a low carbon, circular economy.

They will ensure all producers, importers, and retailers of tyres and large batteries play their part in a scheme and require schemes to provide waste product collection to encourage reuse and renewal.

“There is already a cost to dispose of used tyres, but it is not working properly. This fee will replace the ineffective and inconsistent fees often charged by suppliers when replacing tyres,” says Parker.

“Every year about 6.5 million tyres are imported into New Zealand. When they reach their end of life, only 30 per cent are exported, recycled or used for other purposes such as silage weights on the farm.

“The rest go to landfill or are illegally dumped, causing significant risks of fire and toxic emissions.

“The Tyrewise product stewardship scheme, which has now been accredited, gives us the chance to reuse valuable materials and at the same time reduce environmental problems,” he says.

The scheme for tyres is the last piece of the puzzle and follows the introduction of the National Environmental Standard for outdoor tyre storage in May 2021, and the March 2021 opening of the Golden Bay Cement plant where tyres are used as fuel, reducing the amount of coal required.

Transitioning to a low-carbon economy requires major increases in renewable energy and electric vehicles and both require large batteries. It’s estimated that by 2030 about 84,000 large batteries could reach end of use each year, up from an estimated 1,000 in 2020.

“Large batteries are a new product, and we’re taking action now before they become a burden for councils and communities and before they harm the environment,” says Parker.

For large batteries the fee will be a new amount, small in proportion to the sale price.

New Zealand is one of the highest generators of waste per person in the world.

“We need to change the way we think about, and manage, materials and waste.

“Regulated product stewardship schemes are consistent with the bold direction set out in our waste strategy and legislation consultation paper taking responsibility for our waste and recognise everyone has a role to play to minimise waste.

“The schemes will also encourage new business and jobs – and that’s a win-win for the economy and our environment.”

Both schemes have been co-designed with industry and other stakeholders.

“Now we are consulting on the regulations needed to make the schemes work,” says Parker.

Consultation on the regulations for tyres and large batteries will run until 16 December 2021.

The Government will announce decisions in 2022.

“We will then consult on the next two priority products for regulated product stewardship, starting with farm waste (agrichemicals and farm plastics) and refrigerants in late 2022.”

Information and submission forms are available on the Ministry for the Environment's website: