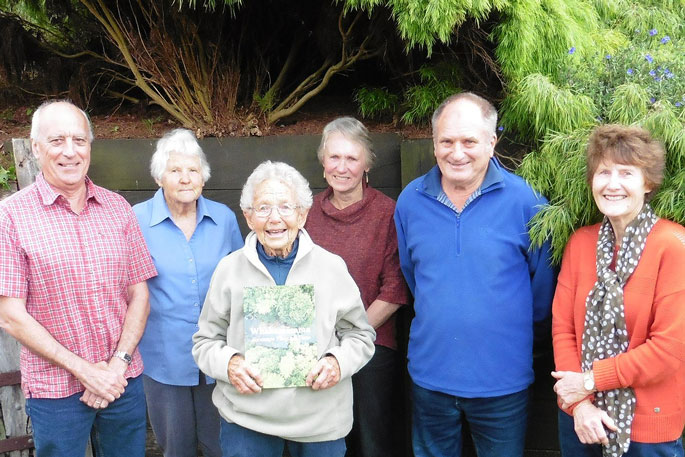 It's no small feat to write a history book. But for a small group of Whakamarama locals, after 13 years of research, writing, editing and production, that's exactly what they've done.

Officially released on Sunday, October 31, at the re-opening of the Whakamarama Community Centre, the publication incorporates three key areas: Pirirakau - tangata whenua, the timber milling period, and land development for pastural farming through to land subdivision.

The publication was produced by Whakamarama Community Incorporated (WCI), a local community group that was established after the Whakamarama community staged a number of meetings to investigate how ratepayers' and residents' issues, ideas and needs could be better represented.

WCI committee member Anne Mackersey says as the population of Whakamarama has grown, it became apparent that there was a lack of information available for the residents to understand previous activities in the district.

"When WCI was established in 2008, understanding the district's history was identified as being of significant importance.

"Initial work to capture stories and information involved interviews throughout the country of elderly past residents or descendants of previous residents.

"The people interviewed remembered life here as far back as the timber milling and early farming years in the 1920s and 30s. Sadly the majority of them have since passed away. It makes these interviews all the more valuable and indeed form the backbone of the book."

Since then, research continued, and so did the writing, with the group interviewing many more residents over the years.

These first-hand accounts and a plethora of visual material will allow the reader to gain a real insight into life in Whakamarama over the course of the 20th century.

The first section of the book was a section that appeared least known about.

February 2017 marked 150 years since the local hapu, Pirirakau, had their land confiscated and were displaced to reside in the Te Puna area.

Following local commemorations organised by Pirirakau, stronger relationships were established between the local community and Pirirakau.

Graham Bidois Cameron wrote the background of Pirirakau for the publication, and Robert McGowan connected the reality of traditional living in the Whakamarama environment for Maori.

The second section of the book, timber milling, was first to be researched and completed, as there were a number of elderly contacts who were able first-hand to tell the story of timber milling at Whakamarama.

They enriched knowledge of this period at Whakamarama - a period that transformed the district significantly.

The third section of the book includes a unique collection of photographs accompanied by stories of local families and their challenges, entrepreneurship and collective ability to transform the district to what it is today.

The book is not intended as a scholarly text, but WCI hopes that a variety of readers will find it informative and entertaining, with something for everyone inside.

TECT funding of $7200 was sought to assist with the final collation of materials, design and layout to get to the printing stage. 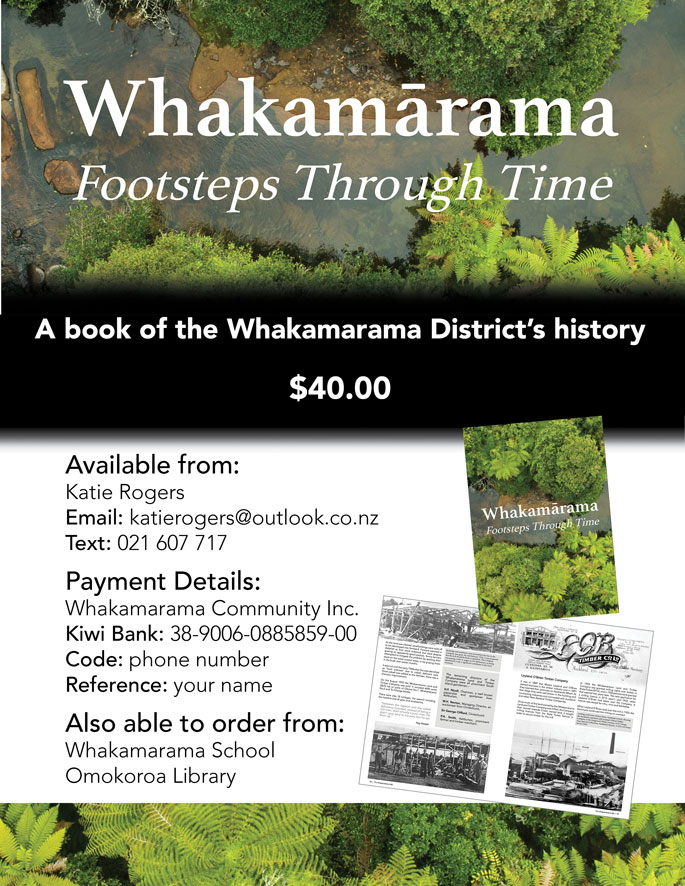 "This book has been put together by volunteers, none of whom have had the time to dedicate themselves 100 per cent to the book," says Katie.

"It has been a real community effort with the design and layout done by Lisa Kemp from Creative Clicks, who grew up in the district.

"A few years ago, progress was halted because we ran out of funding, so we were overjoyed when TECT saved the day, so to speak, with a grant that allowed us to push on and finish the book. We are extremely grateful for our other sponsors over the years, including Western Bay of Plenty District Council, Lotteries and Legacy.

"The history group is also extremely grateful for the support and interest of the wider Whakamarama Community Inc committee."

TECT Trustee Peter Blackwell attended the official release at the Whakamarama Community Centre and says as a local trust, TECT was keen to support the community-led project preserving local history.

"It isn't often we get an opportunity like this to support a project led by the community, producing such a thorough and well-researched book that preserves local history.It was an application worthy of our support.

"It will provide an excellent educational resource for local schools, and with copies at the libraries and the Community Hall, as well as copies available to be purchased, people across our community can learn about the history of Whakamarama. It will allow those living there to gain a greater sense of place and a better understanding of what has taken place around them."

The book will not be available in stores but is available to purchase by contacting Katie Rogers by email: katierogers@outlook.co.nz or text 021 607 717 to order.

Delivery will be free within Whakamarama. Payment can be made on internet banking to Whakamarama Community Inc's Kiwibank account: 38-9006-0885859-00.