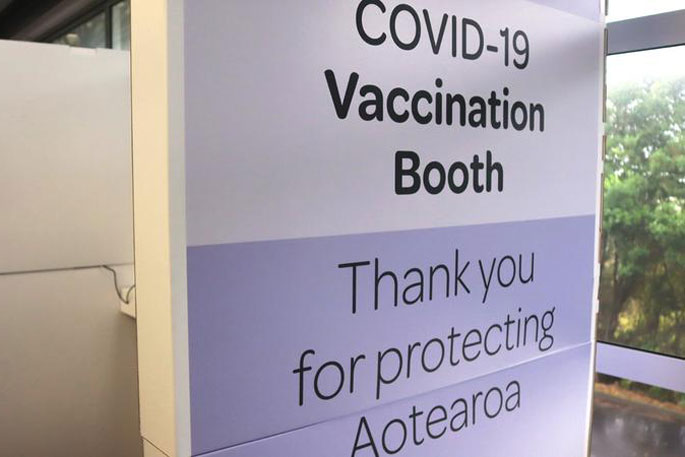 A rally is being organised for next weekend to support Murupara GP Dr Bernard Conlon, who is being investigated by the Medical Council for comments he made about the Pfizer vaccine.

Hundreds are expected to turn out to protest their GP of 30 years being investigated by a Professional Conduct Committee of the Medical Council.

The committee has been set the task of deciding if Dr Conlon should go before the Health Practitioners Disciplinary Tribunal, which could result in him being barred from practicing medicine.

The scrutiny came after a complaint was made to the council about comments Dr Conlon made about the Pfizer vaccine at a Māori health hui organised by Te Ika Whenua Hauora in July.

At the hui, Dr Conlon questioned giving the vaccine to pregnant women and teenagers without informed consent and offered information he had researched about the risks of the injection.

The Ministry of Health has confirmed the Pfizer vaccine does not contain any ingredients that are harmful to pregnant people or their babies.

“Millions of pregnant people have been vaccinated around the world. Data shows no evidence that the vaccine is associated with an increased risk of miscarriage during pregnancy, and no additional safety concerns have been raised,” the ministry states.

People aged 12 to 15 became eligible for Pfizer vaccination in August after a large worldwide trial showed that it was safe.

Dr Conlon, who studied medicine at the University of Belfast, has been practising in Murupara for more than 30 years and has a lot of influence in the community.

The remote town of just over 1800 people has the lowest percentage of people to have received the vaccine in New Zealand.

Vaccination data from the Ministry of Health released this week shows Murupara at 47 per cent for first doses of the vaccine, up from 44 per cent last week, and 31 per cent for second doses, up from 28 per cent.

To reach a 90 per cent vaccination rate, another 827 eligible community members must be vaccinated.

That number is down by just 40 people since last week despite the joint efforts by Te Puna Ora o Mataatua, Te Ika Whenua Hauora and Te Rūnanga o Ngāti Manawa.

However, in the face of Murupara’s low vaccine rates, and investigation by the Professional Conduct Committee, Dr Conlon has continued to post pro-choice messages, information about the efficacy of Ivermectin, and advocate boosting the immune system with vitamin and mineral supplements and using mouthwash and nasal flushing.

Ivermectic is a drug that Medsafe and the Ministry of Health have strongly advised against using for the treatment of Covid-19, saying that inappropriate use of the drug can be dangerous.

He says, “with 80 per cent of Covid-19 deaths in the United Kingdom last month being fully vaccinated, I will be offering it to all my high-risk patients regardless of vaccination status”.

While the statistic Dr Conlon quoted is similar to one from the UK Health Security Agency’s Covid-19 Vaccine Surveillance Report (Week 43) it ignores the fact that the same report states that these statistics should be discounted for a variety of reasons and that the Pfizer vaccine is 80 to 95 per cent effective.

Dr Conlon says he is not anti-vaccine and will happily administer the Pfizer vaccine if his patient is adequately informed and given a free choice.

In an open letter to the Medical Council in response to their decision to investigate his conduct, which he shared with Local Democracy Reporting, he accused the council of straying from the Hippocratic oath, and asked whether the fundamentals of informed consent and freedom to choose were no longer prerequisite requirements in the New Zealand medical profession.

“The ugly bullying I see happening against my unvaccinated patients is one of the saddest experiences I have ever witnessed in my time as a doctor. To see such patients treated as errant livestock is plainly wrong; one patient described his experience – it was like having a boot to my neck whilst I reluctantly rolled up my sleeve to have the jab and save my job.”

Dr Conlon has a lot of support in the Murupara community, and at the forefront of this is Ngāti Manawa kaumatua, principal of Te Kura Kaupapa Motuhake o Tawhiuau, a Māori immersion school in Murupara, and former Māori Party president Pem Bird QSM, who previously organised a petition signed by 3000 people in support of Dr Conlon and is organising the rally for November 13.

“All of my people are writing en masse to the medical council ‘release the decision’," he says.

“We’re not sitting back idly. We love our doctor; 30 years he’s been here, treating us. The poorest region of Aotearoa. Sometimes at night, after a hard day’s work, he’ll come to see his patients who are suffering from things like cancer.”

Mr Bird wouldn’t tell Local Democracy Reporting whether he had had the vaccine, or whether he planned to get it before the November 15 deadline the Government has set for teachers.

He says it's no one’s business but his own, but, like Dr Conlon, is adamant that he isn't an anti vaxer. He is simply advocating freedom of choice.

“There’s Pfizer and then there are other choices. My doctor has come out with a choice for us but I’m not allowed it.”

He says his two daughters and his mokopuna had the vaccine with his full support.

“It’s not that I don’t want to be vaccinated, I just want a choice.”

“All [Dr Conlon] said was, with kids and pregnant women, that they should have the right to an informed decision. That’s what he said. Now, if that’s an offence, my goodness me …”

He says that Dr Conlon is treating his wife for cancer. Mr Bird is worried what will happen to her, and other long-time Murupara patients, if he is stopped from practising.

He says his wife has not been able to cope with the traditional medicine for her cancer.

“She’d gone off it, she couldn’t stand it, so he offered her something else. Well guess what, she's alive, well and kicking. She was told she should have been dead two years ago. If they block off her medicine, she’s worried, ‘What’s going to happen to me?’ Isn’t that terrifying?

“They’re going to bring somebody in with no knowledge of my town, the patients, anybody. They’re going to force somebody else on us. And it's going to end up in the closure of the pharmacy because he’s not allowed to get his medicine through.

“It’s absolute tyranny. We don’t want to see our people getting herded.”

The Medical Council says it can not comment on individual cases but confirms it had received a number of notifications that relate to matters about the Covid-19 vaccination and spreading misinformation.

A spokesperson did say it took these matters very seriously.

“Our primary purpose is to protect the public health and safety of New Zealanders. This is the touchstone against which the Council considers every decision about individual doctors."

It had recently published guidance emphasising its view that there was no place for anti-vaccination messages in professional practice, nor any promotion of anti-vaccination claims including on social media and advertising by health practitioners.

“Council expects doctors to be aware of, and comply with, its published standards of clinical and ethical practice. It is open to Council to review a doctor’s compliance with its standards whenever it has reason to consider a doctor is failing to do so.

“If the council considers that the notification needs to be investigated further, and the complaint relates to a doctor’s conduct, the matter is referred to a Professional Conduct Committee. It is the committee which determines whether or not charges will be laid with the Health Practitioners Disciplinary Tribunal. The tribunal hears and determines disciplinary proceedings brought against health practitioners, including deciding what sanctions should be put in place."

In terms of the timeframe involved, a committee aimed to complete any investigation within eight to 12 months.

Meanwhile, Te Ika Whenua Hauora operations manager Robert Jenner says Murupara will be having some five-day immunisation drives which they hope to begin next week.

He says they are looking at a number of strategies.

“We have been doing a lot of drive throughs with Te Puna Ora o Mataatua and we are looking at having a series of five-day clinics where people can just go and get a test whenever they need it.”

I hope to go over to support this amazing man.