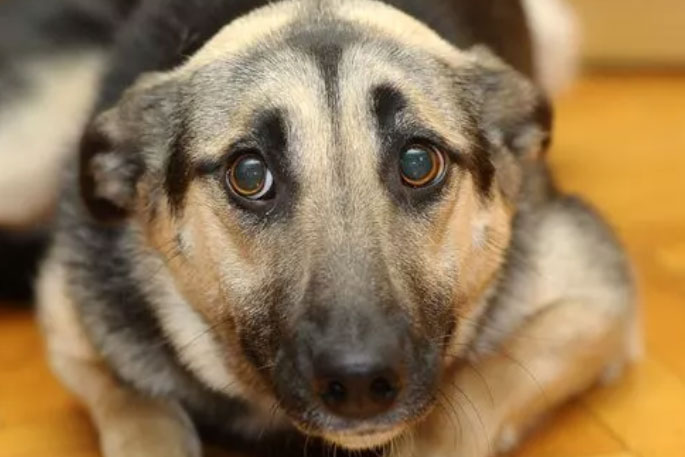 The SPCA is urging people not to let fireworks off near animals.Photo: SPCA.

SPCA is once again pleading with New Zealanders to think about the harm they might cause animals before lighting up this Guy Fawkes.

Year after year, SPCA’s inspectors and veterinary teams see first-hand the grim effects fireworks can have on animals, whether it be from severe distress caused by loud explosions, or deliberate acts of cruelty by people using fireworks on animals.

The charity has long been calling on the Government to ban the private sale and use of fireworks in order to minimise harm to animals, but little has been done to address the problem.

SPCA is among a number of organisations, including New Zealand Police, Fire and Emergency New Zealand, Auckland Council, New Zealand Veterinary Association, Local Government New Zealand and SAFE, that presented to a Parliamentary Select Committee last year to advocate for a ban on the private sale and use of fireworks.

Despite overwhelming support for a ban from key stakeholders and the public, the Governance and Administration select committee chose to make ‘no recommendation’ to parliament, allowing the status quo to continue.

SPCA Chief Executive Andrea Midgen says she’s frustrated by the lack of action from lawmakers, and is urging Kiwis to enjoy fireworks responsibly this Guy Fawkes by attending public displays where possible, instead of purchasing and lighting their own.

“Many pet owners will know first-hand how distressing fireworks can be for their furry family members, or will have seen the devastating impact they can have on wild or farmed animals.

“No animal should needlessly suffer in the name of human entertainment, and it’s so disappointing to see our Government turn a blind eye when there’s such an easy solution right in front of them, which is banning the private sale and use of fireworks.”

Midgen says the period around Guy Fawkes Day is a frightening time for animals, with the loud explosions and bright flashes causing severe distress and anxiety in pets and farmed animals.

She says this can lead to animals running away, injuring themselves and becoming involved in traffic incidents.

“Wild animals are also affected, which is particularly concerning as our native birds are raising their young at this time of year.”

There have also been incidents where fireworks have been used to deliberately harm animals.

Last November, SPCA received a call about a mother duck that had sustained horrific injuries to her eyes, head and beak, caused by burns from fireworks.

The duck’s beak was shattered and she was humanely euthanised to end her suffering, while her two ducklings were unharmed.

“This was a despicable act of violence towards an innocent animal that never should have happened, and could possibly have been avoided had fireworks not been available for members of the public to purchase. I think most New Zealanders would agree that no animal should be subject to this abuse.”

Although firework sales to the public are restricted to four days in November, there are no restrictions on when these can be used. As a result, it’s not just Guy Fawkes evening where fireworks can cause harm, but the many weeks that follow as people continue lighting crackers that were purchased legally during the limited time frame of sale.

“Every year we make the same plea, for those in charge to ban the private sale and use of fireworks, yet nothing has been done.

“Instead, it’s fallen on retailers to decide whether or not to sell them, and we’re so grateful to those that have chosen to stop selling fireworks because they know the harm they can cause. We are also so grateful to the wonderful Kiwis who choose not to light their own fireworks as they know how distressing it can be for animals.”

-Stay home with your pet – they will be less stressed with someone they trust close by.

-Keep pets indoors, where possible. Close doors and windows and draw the curtains. Turn on your radio or TV to help drown out loud bangs with familiar sounds.

-Make sure that your cat or dog has somewhere comforting to hide such as an igloo bed, covered crate or set up a bed for them where ever they feel safe to retreat to.

-Exercise your dog early in the day to avoid being out during dusk when fireworks could be set off.

-If your cat has outside access, make sure they are safe in your home before dusk.

-Both cats and dogs should be microchipped with contact details up to date and have a collar and identification tag with your contact details on it. If your pet panics and runs away, it will help to reunite you with your pet.

-To minimise stress, keep horses and farmed animals in their usual paddocks and with familiar companions unless a fireworks display is planned close by. Make sure all fences are secure and check paddocks and stables thoroughly for anything which could cause injury, such as protruding nails.

My hates the fireworks. I don’t have an issue with special events or on Guyfalks night, I can look after my dog. It’s the weeks before and after that gets to be to much, it’s the few who will ultimately run it for everyone.