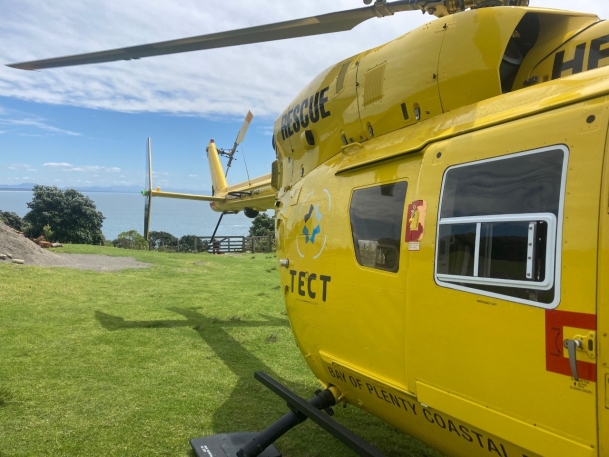 The TECT Rescue Helicopter was called out to the Mauao walking track at Mt Maunganui today to assist a male patient who had been injured.

The man in his seventies had sustained injuries after falling down a bank, landing on rocks, says a TECT Rescue spokesperson.

"The onboard crew winched the patient from his location and transported him to Tauranga Hospital for further treatment."

St John was called at 12:27PM to an incident on Mount Maunganui, says a St John spokesperson.

"One rapid response unit, one ambulance, and one helicopter responded.

"St John treated one patient in a moderate condition and transported them via helicopter to Tauranga hospital."