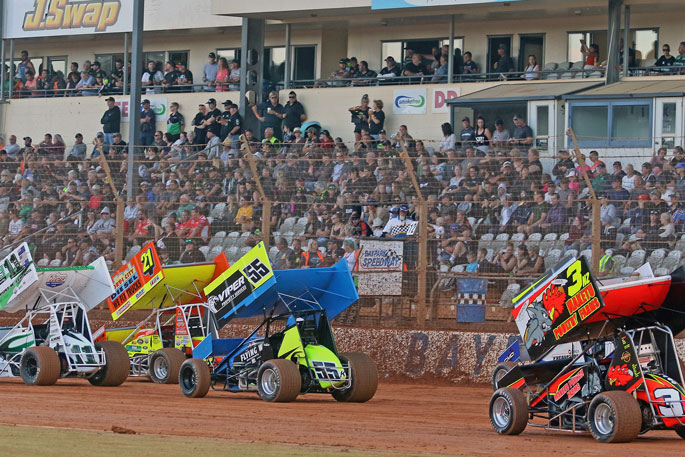 The next scheduled meeting at Baypark Speedway is on Saturday, November 20. Supplied image.

Having postponed the Labour weekend 2021-22 season opener, the decision has now been taken to also postpone the annual Fireworks Spectacular that was scheduled for this weekend.

“The fireworks meeting is traditionally one of our biggest meetings each season, attracting a large crowd and being especially popular with young families,” says Baypark speedway manager Willie Kay.

“We have carefully reviewed the Covid-19 Level 2 requirements for public gatherings which are currently in force in Tauranga. They present some challenges around social distancing and we are unable to offer catering under the current guidelines. Also, some of our competitors, officials and Baypark promotor Bill Buckley would be unable to travel from the Auckland and Waikato regions.

“It’s a very disappointing decision to make, but it wouldn’t have been possible to provide the high-quality spectator experience that families and race fans have come to expect on Baypark’s annual Fireworks night.

“Each day we are watching developments and making sure we are in a position to get the new season started as soon as it’s feasible.”

The next scheduled meeting at Baypark Speedway is on Saturday, November 20, and an updated calendar will be published on the speedway’s website reflecting the two early season postponements, and the possible addition of an early January date that has recently become available following the cancellation of the Bay Dreams festival.

Highlights on the 2021-22 Baypark Speedway racing calendar include the NZ Saloon Car Championship set for January 7-8, the North Island Sprint Car Championship on March 12 and the second annual running of the 50-lap Midget Car Classic (February 5) that was introduced last summer.

Established highlights such as the Stock Car Gold Cup and South Pacific Super Saloon Car Championship also feature on the calendar along with Fireworks and Demolition Derby attractions.

that will make all the anti fireworks people happy