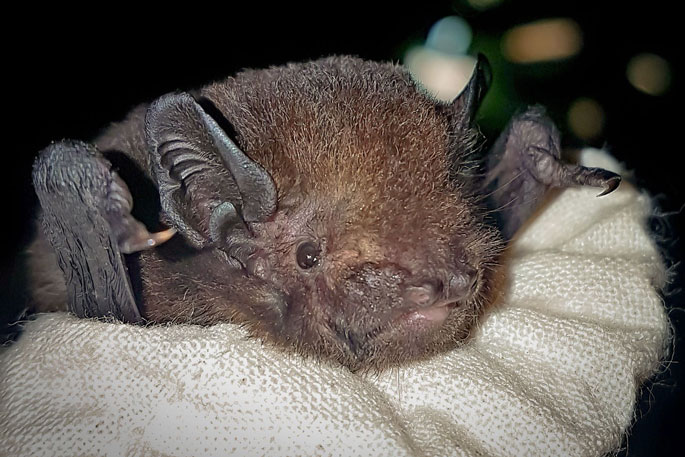 This is the first time New Zealand’s only land mammal has been included in Forest & Bird’s annual contest, and it has flown away with the title.

After a two-week campaign that nearly broke the internet, and turned friends against one another, the pekapeka-tou-roa/long-tailed bat was the winner with both the most number-one ranked votes, and most votes after transferrable vote rankings were applied.

“Kiwis clearly love their native bat, and they have chosen our only native land mammal to be the 2021 Bird of the Year,” says Laura.

“The campaign to raise awareness and support for this little flying furball has captured the nation!”

“A vote for bats is also a vote for predator control, habitat restoration, and climate action to protect our bats and their feathered neighbours!”

“Long-tailed bats, or pekapeka-tou-roa, are a unique part of otearoa’s biodiversity, but lots of people don’t know they even exist,” says Ben Paris, Senior Conservation Advisor at Auckland Council and New Zealand Batman.

“There are pekapeka projects spanning the whole country with conservation communities doing great mahi with our bats. Here in Auckland our bat conservation efforts have been supported by our targeted rate which has allowed us, together with our communities, to undertake a lot more work. The more citizen scientists we have out there looking for pekapeka the more conservation work we can do to understand and help them.

“These bats were added to Forest & Bird’s competition to help people get to know them, and their story has flown around the world!” says Ben.

Forest & Bird runs Te Hoiere Bat Recovery Project in Marlborough with the support of the Department of Conservation and Ngāti Kuia, involving 250 hectares of predator control and a bat monitoring programme every summer to identify roost sites and protect critical long-tailed bat habitat.

'Manu’, as in Te Manu Rongonui o te Tau, does not only mean birds but includes many flying creatures including bats.

The voting closed at 5pm on Sunday, October 31, with 56,733 verified votes cast, making it the biggest ever Bird of the Year.

Bird or Mammal of the Year

Yes the bats are very special BUT they are not a bird but a mammal. Now they need to change the name of the competition to Bird or Mammal of the Year. Otherwise they will look rather foolish down the line.

This is consistent with the modern ideology: if enough people say something is true, then that makes it true.

stopped reading and lost interest with all those long unpronouncable words