A break in the waves for BOP farmers 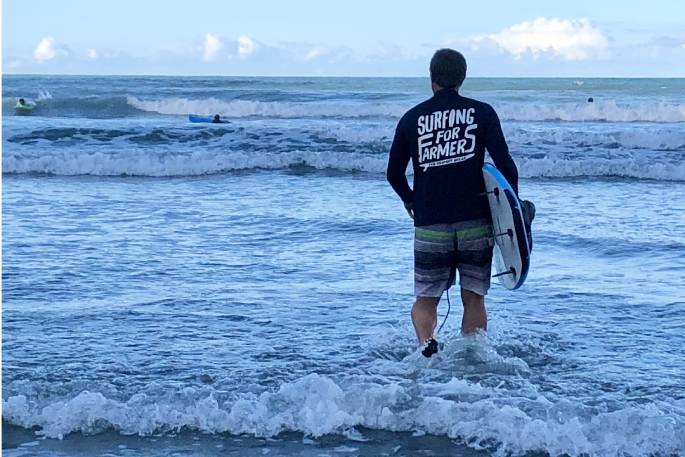 Surfing for Farmers get started in Ōhope on Tuesday. Photo. Phil Williams.

Surfing for Farmers is returning for the upcoming summer season with locations running across the Bay of Plenty.

Farmers looking for an escape from rural life can head to Mount Maunganui, Waihi Beach and Pukehina, but Ōhope is the first spot across New Zealand to get going for the 2021/22 campaign.

Whilst it’s an early start, Phil points out that Ōhope Beach was crowned New Zealand’s best earlier this year, with its warmer waters a key reason behind the success.

“We are lucky that we have got some warmer water so we can start a little bit earlier,” says Phil.

“This is the second year we have been the first to start, so we are happy about that.”

Surfing for Farmers was launched in Gisborne by Stephen Thomson back in 2018 with the aim of using surfing as a tool to improve mental health in the farming community.

Phil got involved with Surfing for Farmers through his work with sponsors Rabobank. He knows himself how the stresses of work can be overwhelming and believes getting out in the sets gives farmers in the region a chance to get away from the job.

“I thought it was a good partnership to start up over here and a good initiative for the local farmers and growers,” says Phil.

“Yeah it is really just good to bring everyone together really to get out in the water and get away from it.” 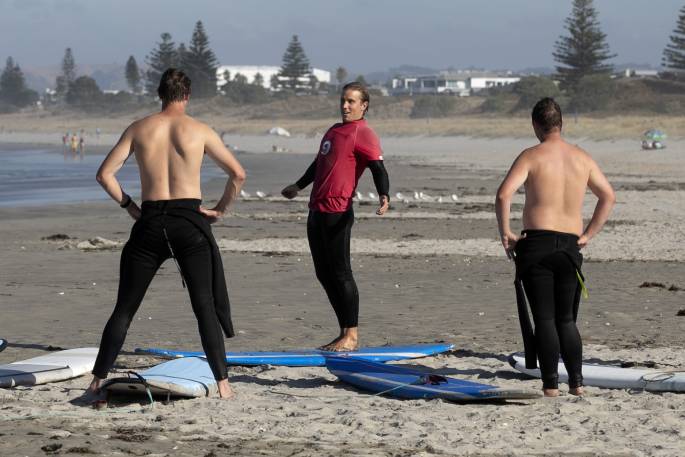 Ballance Agri-Nutrients are a founding sponsor of the Surfing for Farmers programme, which this year will run at 22 locations, up from last year’s 16.

Ballance general manager of sales Jason Minkhorst says the company is as committed to ensuring positive health and mental wellbeing for growers and farmers as it is with their own employees.

“The pressure from the job does have an impact on their wellbeing and mental health,” says Jason.

“Suicide rates in the rural sector are 40 per cent higher than urban areas.”

Jason says that as one of New Zealand’s oldest farmer and grower co-operatives Ballance have a culture of care for their clients that is deep-seated.

“Farmers are becoming more open about their mental health; however, they still don't have enough support,” he says.

“We wanted to help, if only for an afternoon, by supporting Surfing for Farmers.”

“The learn-to-surf programme provides an opportunity for farmers to step away from what can be an all-consuming business, get fresh air, exercise and interact with other farmers, rural families and industry professionals,” says Jason.

“It’s a fun activity that provides a change of scene and social interaction that farmers don’t get on the farm.”

Equipment and a feed are provided at events, including the one in Ōhope, and Phil says people from Whakatāne, Ōpōtiki, Galatea, Taneatua and even Reporoa and Rotorua have attended in the past.

“You know some of these kiwifruit growers and dairy farmers they live at work,” says Phil.

“During their peak season they work seven days a week. Unless you have an excuse, you go out and do that extra job on the farm.

“This is something where, it happens weekly, everything is provided and the uptake has been really good. 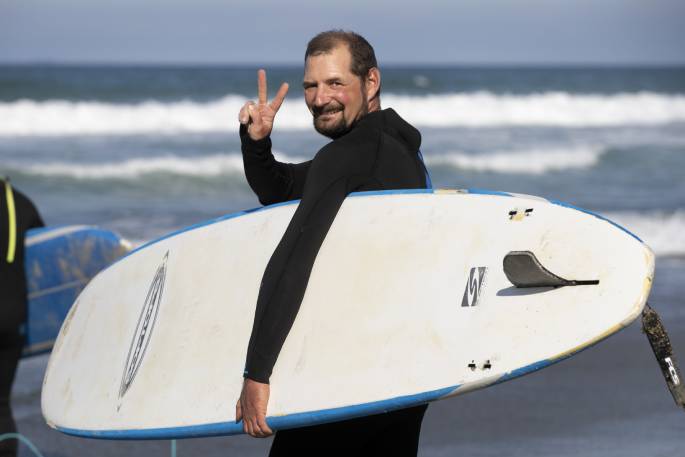 The programme aims to give agriculture workers a break from the rigours of the job. Supplied photo.

Surfing for Farmers sessions will begin at Mount Maunganui and Pukehina from Thursday, December 2 and Waihi Beach from Tuesday, December 7.