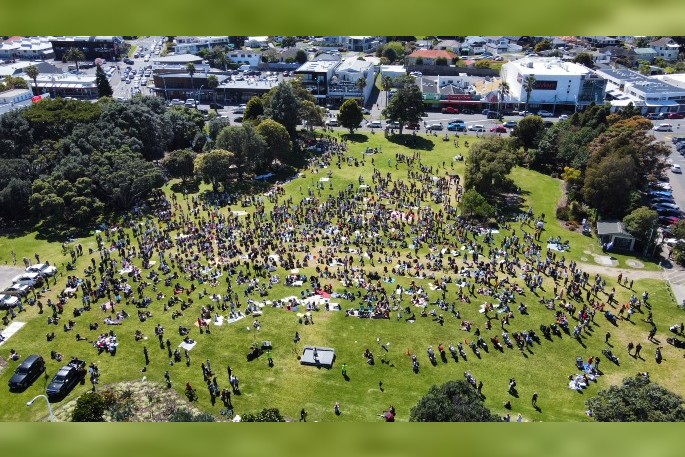 A Tauranga man has been arrested, and police are not ruling out further charges, in relation to a gathering at Coronation Park in Mount Maunganui earlier this week.

Police say a 43-year-old man was arrested yesterday and was charged with failing to comply with an order, under Covid-19 regulations.

The arrest was in relation to the gathering on October 16, which police state was in alleged breach of Covid-19 restrictions.

The gathering took place on Super Saturday, when a nationwide push to increase vaccinations was taking place.

He is due to appear in the Tauranga District Court on November 4, 2021.

“It is alleged that 300-400 people were in attendance at the gathering and the majority were not wearing masks,” says a police spokesperson.

“Enquiries into the gathering continue and police are not ruling out laying further charges.”

After the event, a group of Bay of Plenty doctors made contact with SunLive, concerned with a speech made at the gathering which contained misinformation about the Covid-19 vaccination.

Do these people not care that this could spread the virus and some lives may be lost especially were the virus has a hold and that they are breaking the law.