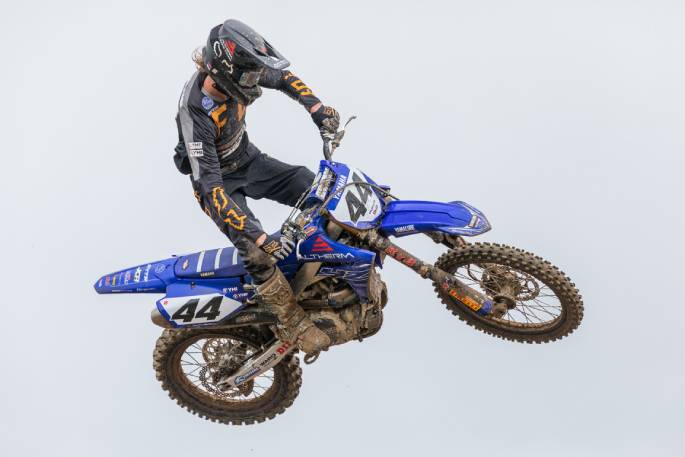 The Altherm JCR Yamaha team was left wondering what could’ve been, as the three riders notched up positive race results, which didn’t quite translate into overall victories at the weekend’s Taupo MX Fest.

As the first hit out for the season, this event is helpful for fine-tuning the way teams will run for the events ahead. Altherm JCR Yamaha has undergone some changes for 2021/2022, including rising star Maximus Purvis moving up from MX2 to the top-tier MX1 class and he immediately proved he’s a force to be reckoned with.

Mount Maunganui’s Cody Cooper was pushed to the limit in each of the three motos, going 2-1-1 on his Yamaha YZ450, Mangakino’s Purvis was on track for an overall round win at Digger McEwen Motocross Park.

A small mistake on the first corner of the final feature race saw him finish second in this outing and left him tied on points with Cooper. The countback didn’t go Purvis’ way and he had to settle for the runner-up spot.

“It wasn’t too bad of a weekend. I did some good laps at Taupo and there is plenty to work on before the season starts,” says Purvis.

Altherm JCR Yamaha team manager Josh Coppins acknowledges Purvis had some good speed but “he just couldn’t quite put it all together on the day.”

He was confident that over the next two months until the Whakatane SummerCross on December 28 and 29, Purvis’ fitness would be honed into race-winning form.

New Yamaha signing Brodie Connolly was quickly up to speed on his YZ250F, with the Tauranga-based rider consistent over the first three MX2 motos, where he claimed second in each one.

In the knock-out feature race he was running third and had a crash, which saw him finish 21st, just outside the cut-off. Scoring no points meant Connolly slipped from second to fourth overall.

Coppins says he was happy with Connolly’s performance.

“He was riding well, and he led some races in his first major event for the team. He’s still young and learning the set-up with us.”

Connolly says he discovered a lot about himself and the bike. 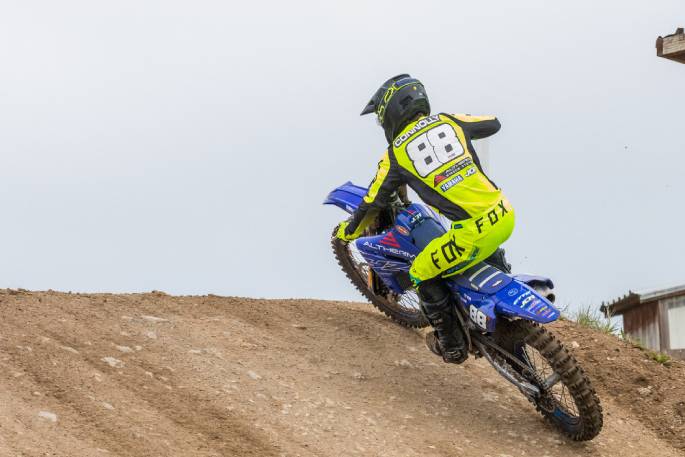 “It wasn't really the results I was looking for, but I know what I need to work on and I’m excited to continue building over the summer to be ready for the nationals next year. It was cool to be under the Altherm JCR Yamaha truck and with the whole team for the first time. I’m looking forward to the races coming up.”

Madoc Dixon returned to the MX125 class and had a blistering start to the MX Fest, winning the first two races on his YZ125. His luck changed in the third outing when a mechanical mistake meant his bike stopped and he recorded a DNF, dropping him back to fifth overall.

“It is what it is, and MX Fest was just a learning day for what’s to come. I’m excited for

SummerCross and the Woodville GP in January, with the Altherm JCR Yamaha team.”

Coppins sets the bar high and following the team’s successes in recent years, he was frustrated that despite the riders’ solid performances, the results didn’t reflect them.

“It was definitely an event of what could’ve been. The mechanical was the biggest disappointment for us as a team. We were a little bit short staffed due to Covid, as one of our mechanics was stuck in Auckland. I filled in as mechanic for Max for the day which meant I wasn’t able to oversee everything as I normally would, hence the wee issue for Madoc.”

“I accept there are a lot of positives to take away from Taupo and we’ll use this season-opener as a chance to reset and get ready for the races to come,” Coppins concludes.

Round One: Sunday 6th February 2022, Balclutha