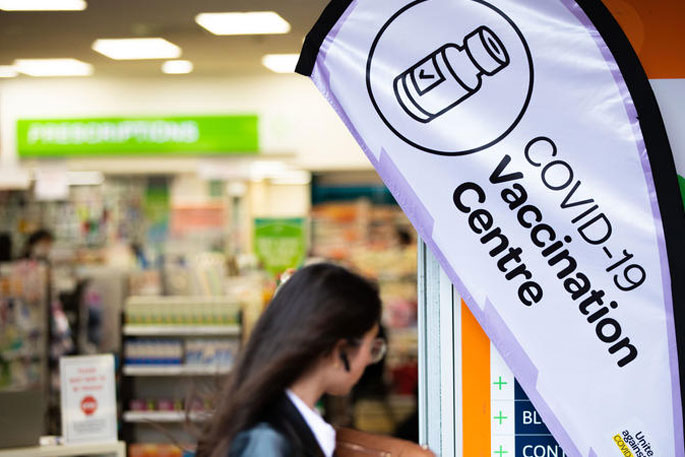 Waikato is kicking its Covid-19 response up a gear with the revelation a person who later tested positive for the virus spent the night in Tokoroa.

Over the long weekend the region reported two new cases in Ōtorohanga, nine in Te Awamutu and three in Hamilton.

South Waikato Pacific Islands Community Services chief executive Akarere Henry says news her town had had a brush with Covid is unwelcome, but not unexpected.

"It seemed to come up to Karapiro, then go out to the east towards Kihikihi and Te Awamutu and now it's gone to Ōtorohanga and we almost felt like we were our own insular bubble in the middle, but that would have been far too naive."

"Because Tokoroa is on State Highway One we need to be extra vigilant. To know that somebody's spent the night in Tokoroa didn't really increase that fear because it's something that our community was aware of."

Otago University public health professor Michael Baker says the Waikato spread is concerning, particularly given how easily the case that passed through Tokoroa ended up in the South Island.

"The outbreak is spreading. Only to a limited extent at the moment but it's probably spreading further than we can see from the known cases.

"Of particular concern are the continuing cases in the Waikato and in particular the unlinked cases there."

However, in a boon for the region's vaccine rate, the new cases over the weekend appeared to be a nudge for some, with Dr Helen Fisher from the Te Kuiti Medical Centre seeing three times as many walk-ins for vaccines yesterday.

She hopes that number will be even higher today, with people maybe not realising the centre was open on a public holiday.

Te Kuiti is also trying to get enough staff to roll out mobile clinics to access more people living rurally, something that Waipa deputy mayor Liz Stolwyk says will now be a focus for the region.

"What we're really trying to do is grab those farmers. So what we're finding is that farmers have been in the shed ... they're calving obviously they've been in the shed with - this time of year - a lot of AB [artificial breeding] so now I think they can take a small breather and hopefully get into one of the vaccination centres around."

Waipa's main centre Te Awamutu has had a smattering of cases over the last week but she says the town has been taking the level three restrictions seriously and hoped would-be bubble breakers were not tempted over the long weekend.

"To be honest the weather wasn't great here so I think that was probably a good thing ... we weren't too envious of people with access to the beach.

"At the moment people are sticking to their home base."

Back in Tokoroa, a pop-up testing site will open this morning at 11am near gate four in the car park of Tokoroa Hospital.

Partly set up by the South Waikato Pacific Islands Community Services, local GPs and Waikato DHB Akarere Henry says if anyone felt uneasy or unsure given the news of Covid-19 in their midst to get a test and have a chat.

She says bookings for Covid vaccines for today are already at higher numbers than usual, and hoped an uptick in the vaccine rate, would be the silver lining for this local scare.

The total cases for Waikato during this outbreak was 87, six unlinked cases remained under investigation.

Its about time the population of BOP get off their back sides and get vaccinated or we will be left behind.