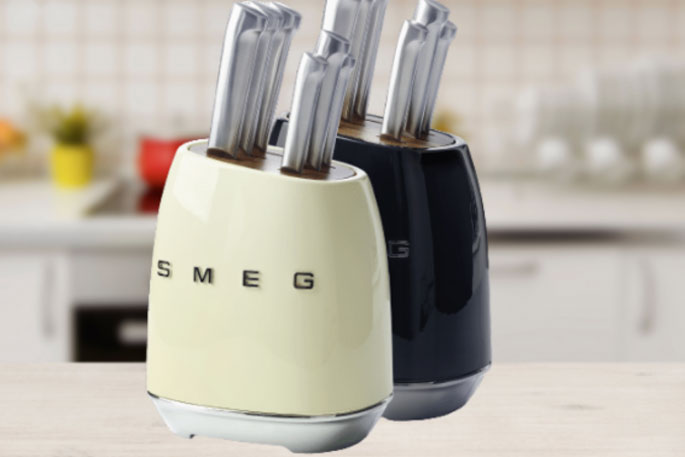 ACC figures indicate there have been more than 80 claims for accidents from Smeg knives given away in a hugely popular supermarket promotion.

More than 1.2 million knives were doled out by New World during the three-month campaign that began in November last year.

Stickers were given according to how much people spent at the supermarket that could be redeemed for the products.

People begged for the tokens on social media, they were hawked on TradeMe, and there were complaints to the Commerce Commission from those who missed out when the supermarket ran out of stock and the promotion ended.

There were also numerous reports of people cutting themselves on the knives, which came out of the box sharp.

ACC figures show there have been more than 13,000 claims for knife-related injures so far this year.

On average over the last three years, there were about 11,750 claims a year by men compared to about 7500 by women.

Foodstuffs NZ head of corporate affairs Antoinette Laird says people know that quality knives are sharp, and encourages all customers to use all sharp objects appropriately and safely.

"Around 90 per cent of injuries are preventable. Slow down and take a moment to assess the risks," she said.

"If you can see it coming, you can stop it happening. Have a 'hmm' and decide if there's a safer way to do it."

The information comes from searches of ACC accident description forms for the words 'Smeg' and 'knife promotion', and variability in the detail provided by claimants means the data is not definitive.

Read some tips for how to use knives safely here.

It's really quite hard to understand......

..the reason why we seem to be becoming more stupid by the minute....kitchen knives being sharp and actually cutting stuff?....surely not !!...OMG !...