Unsettled week of weather ahead 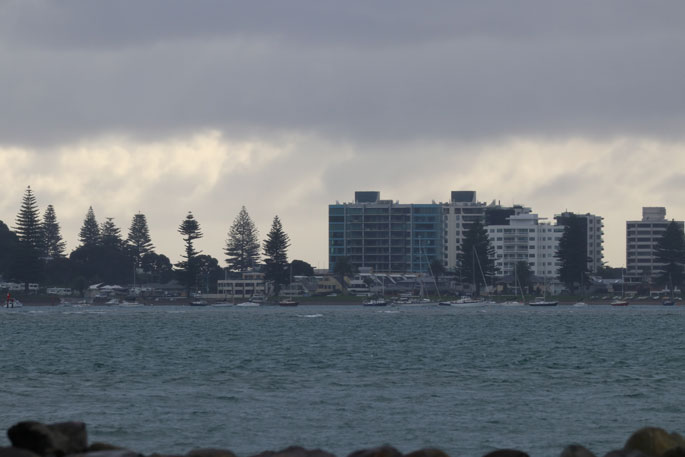 MetService is predicting an unsettled week of weather across the North Island with the Bay of Plenty set to receive plenty of rain.

“With moist air flowing southwards over the country from the tropics, parts of the North Island from Waikato to the Kapiti Coast will experience muggy nights from tonight through Thursday night,” says Andy.

“Conditions are also expected to become more unsettled towards the end of the week as as a frontal system crosses the the North Island."

Warming up too in parts of Gisborne, Hawke's Bay and Wairarapa with forecast maximum temperatures in the mid-twenties.

Here is a brief summary of forecast conditions out to Saturday.

North Island: Cloudy periods and a few showers for most places this afternoon and evening but dry for Gisborne and Hawke's Bay

South Island: Cloudy with light rain from Buller to Fiordland also for Southland and Clutha. Isolated showers for Marlborough and Nelson, also for Canterbury and the remainder of Otago.

North Island: Scattered rain about Bay of Plenty and Taupo. Partly cloudy elsewhere with isolated showers in the north and west.

South Island: Periods of rain in the west. Partly cloudy with isolated showers elsewhere, some heavy with possible thunderstorms in Otago and Southland in the afternoon.

North Island: Mostly cloudy with scattered rain for most, but remaining dry in Gisborne and Hawke's Bay.

North Island: Rain or showers for most.

South Island: Showers in the north and west, developing elsewhere for a time in the afternoon.

North Island: Showery in the west but mostly fine elsewhere.

South Island: Wet and windy in the west and south, mostly fine elsewhere.