Investigation into suspicious fire at Hairini 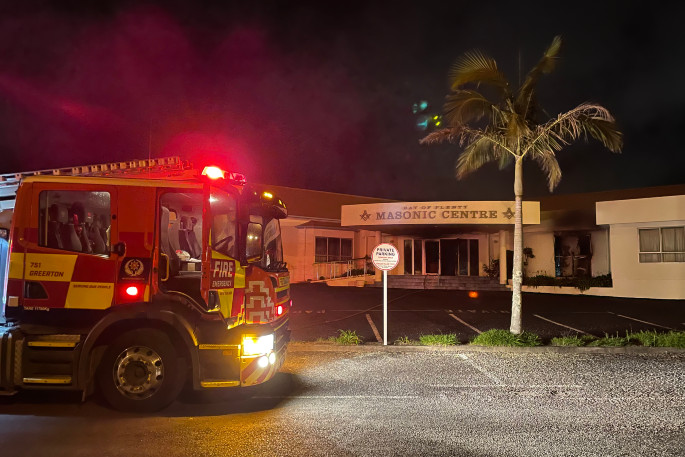 An investigation is underway into a suspicious fire lit on Saturday night at the Bay of Plenty Masonic Centre in Hairini.

Police were notiified of a fire at the Masonic Centre just before 11pm.

“When we arrived we found a small fire at the front of the building,” says Daniel.

“It was extinguished relatively quickly. The fire has been treated as suspicious.”

“At this stage the cause has not been established and a scene guard was in place overnight,” says a Police spokesperson.

A FENZ investigator is at the centre Sunday morning conducting a scene examination.
 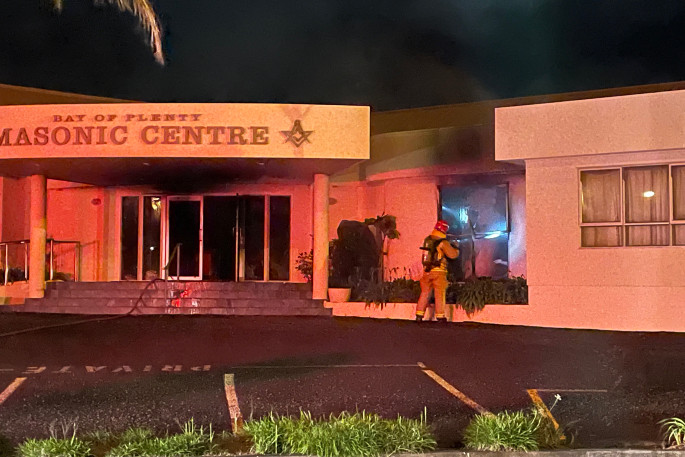