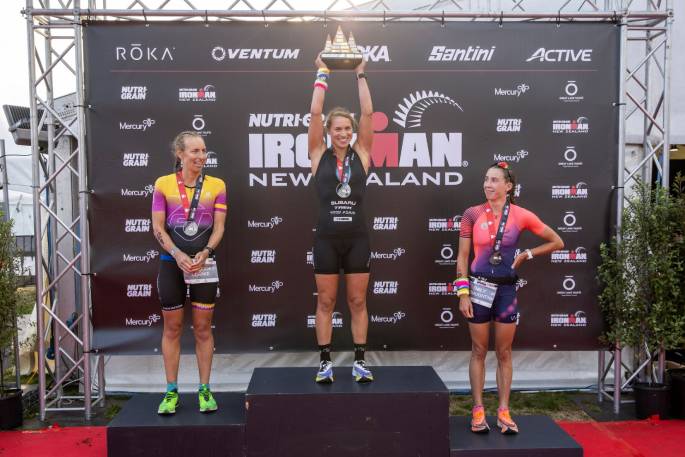 Tauranga’s reigning Ironman New Zealand champion Hannah Wells has set her sights on foreign shores to finish off the year, following frustrations over planning ahead due to Covid-19 restrictions.

Wells will fly out of her training base on Queensland’s Sunshine Coast this Friday, traveling to the United States to race at the Visit Panama City Beach Ironman Florida on Saturday, November 6.

“Given at the time we didn’t know when we would be able to get back to New Zealand we thought we’d better go off and find some racing and use it as an opportunity to head over to the States,” says Wells.

“It’s going to be my first time racing in the States so it’s quite a cool opportunity and I’m looking forward to it.

“We’ve been in Australia for a couple of months now and there’s not many races to come in Australia until the end of the year so we thought we might want a bit of a change of pace so we looked at the options on the race calendar and decided to take the plunge and head to the States and do some racing there.

“We may as well make the most of it as we can’t get home so we’ll travel around for a bit.”

Wells has only just locked in an MIQ spot for mid-December, with the uncertainty around when she could return home to New Zealand making for a challenging last few months.

“There are challenges for everyone and I guess you just have to make the most of what you can and try and carry on with life as normal as possible, and make the most of any opportunity and because there’s not a huge amount of opportunities in our part of the world at the moment I thought why not go over to the States and see what’s over there.”

Wells made her Ironman debut at the Nutri-Grain Ironman New Zealand in March, impressing on her way to victory in Taupō.

An Ironman is a long-distance triathlon event consisting of a 3.8km swim, 180km bike ride and a 42km marathon run.

“For me I haven’t done huge volumes in the past, I just haven’t been in the sport long enough to do that. The winter was really about building that volume and base for Ironman, I always wanted to target another Ironman towards the end of the year and it’s turned out that that has to be a race in the States rather than around this part of this world.”

The 31-year-old is looking forward to the challenge of taking on a new group of athletes in a new location, having so far kept her racing to New Zealand and Australia.

“I’ve been wanting to do that for over a year now, heading to races with different athletes and bigger fields, with Covid it was delayed a little,” she says.

“It’s nice to make the most of not getting home at this stage and have the opportunity to do that finally.

“It will be good to see how I go in those bigger fields and with girls I haven’t raced against and I’m really excited to have that opportunity and challenge and to learn from it as well and see how I go.”

Hannah says that at this stage the focus is on Ironman Florida but she is hopeful of another race as well, dependent on travel arrangements.

“We wanted to target a race that was pretty much guaranteed to go ahead and we think Ironman Florida will go ahead,” she explains.

“Because once you start an Ironman build you’re putting a lot into it. It’s very hard to put everything into an Ironman build if there’s this thought in the back of your mind that you might not get to the race.”