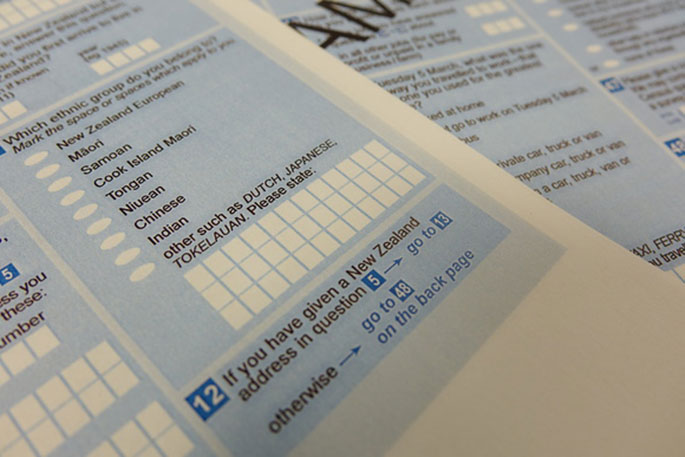 The 2023 Census will be the first to ask everyone in Aotearoa New Zealand about their gender, sexual identity, and whether they have any variations of sex characteristics (also known as intersex status), Stats NZ says.

The confirmation came through the publication of the 2023 Census: Final content report, which confirms all the topics that will be collected in the 2023 Census.

"People’s sense of their gender and sexual identity is really important to them and can impact on their lives and experiences," says social and population insights general manager Jason Attewell.

"The census touches everyone and will provide a detailed picture of how people with diverse genders and sexual identities experience life in Aotearoa New Zealand.

"The data will also inform better decision making and provision of services for the Rainbow community.

"We are already collecting sexual identity and gender in our other household surveys and that is going well. It is important that everyone is able to see themselves in – and take part in – the census."

Collecting information on gender and sexual identity in the census will allow more detailed geographic breakdowns of the data produced than may be possible for data collected in household surveys.

The 2023 Census also marks the first time in any Stats NZ survey that information will be collected on variations of sex characteristics (also known as intersex status).

"This is exciting because for the first time we will have data about the intersex community and just how many people in Aotearoa New Zealand are part of this community."

Questions on sexual identity (for example, heterosexual, gay, or lesbian) and variations of sex characteristics will only be asked of people aged 15 years or older.

Just as for other information collected in the census, it will be important to get good quality responses to these new questions.

"The most important thing people can do to ensure we can release data for every question is to fill in all of their census form. The more answers we collect, the better the quality of the data and the more useful and usable it will be," says Deputy Government Statistician and Deputy Chief Executive for Census and Collection Operations Simon Mason.

"We know we have a part to play too, by making the census accessible and easy for everyone to complete, and we’re working hard to do this."

Final decisions on the content for the 2023 Census were informed by engagement and testing following the publication of the preliminary views on 2023 Census content in 2020.

The additional information collected on activity limitations/disability will be whether a person has a disability, long-term condition, or mental health condition that limits their ability to carry out everyday activities.

This will capture a larger group of disabled people, who may be missed by the existing questions on activity limitations (difficulty with seeing, hearing, walking or climbing steps, remembering or concentrating, washing all over or dressing, and communicating).

This additional information will be used to select the sample for the 2023 New Zealand Disability Survey that will take place after the 2023 Census.

Reinstating the phone number question for the 2023 Census will enable us to contact people by phone to participate in this survey.

The purpose of reinstating number of census night occupants is to help improve overall data quality for population and dwelling counts and for family and household data, and to make our collection processes more efficient.

Although a small selection of new questions has been added, the scope for content changes for the 2023 Census outside these topics was limited.

The range of information collected previously has been retained with a small number of additions and improvements.

"The focus for 2023 is to deliver quality data for the range of content already collected. We didn’t get the response rates we should have in 2018, which affected the quality of the data we could provide, particularly for the critically important iwi affiliation variable," says Simon.

"For 2023 we are focusing on doing a better job of collecting the data, including working with iwi and Māori as partners to Te Tiriti and with community partners to do so."

One benefit of the limited content change for 2023 is that it helps to maintain data comparability over time, making it easier to do time series analysis.

Another factor in the decision to limit content change for 2023 was the number of changes made to the forms between 2013 and 2018.

Significant consultation and review were undertaken before the 2018 Census, which informed these changes.

Census data has many important uses such as allocating funding for health and education, making decisions on facilities needed in local areas, and understanding the wellbeing of population groups in Aotearoa New Zealand, including local, ethnic, and other communities.

...I wonder will there be a question in there to ask if you consider yourself an ’Aotearoean’ or a ’New Zealander’ ??...