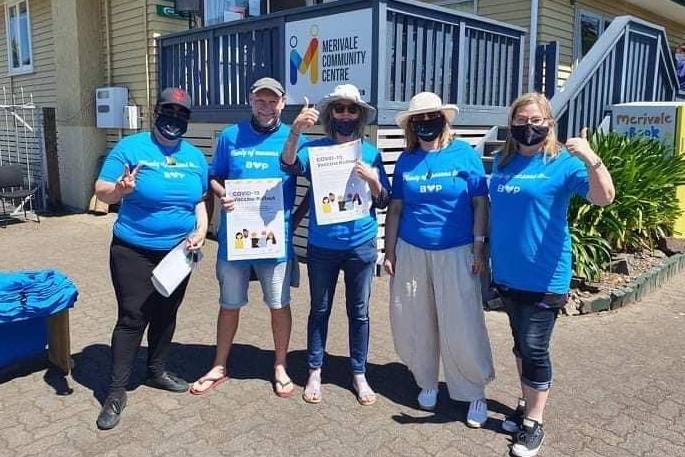 She is also highlighting how important future pop-up clinics are to increasing low vaccination rates in areas like Merivale.

With some of the lowest rates of vaccination across the city efforts, were ramped up for the recent Super Saturday event. These included letting people in the Merivale community know that a clinic was present at the Merivale Community Centre.

There were door-knocks and an announcement over the Fraser Cove Countdown PA system alerting people that if they wanted to get vaccinated for Super Saturday, close to home, they could do so.

After just a week to get things organised, the day proved to be a big success, says List MP and Minister of Internal Affairs Jan Tinetti.

“We were supposed to start at 11am but had people lining up at 10.30am. It didn’t stop. We had people coming in through the whole day.”

The Bay of Plenty District Health Board provided a BBQ for the occasion with Zespri supplying smoothies, kiwifruit and transport options.

Looking ahead, Jan believes community-focused events such as these are essential toward upping vaccination rates in locations like Merivale.

She says several locals stopped by simply because the pop-up was there, highlighting how some have barriers to heading to vaccination locations across Tauranga such as their means of employment, childcare or transport.

“Accessibility is really important,” she says.

“People won’t necessarily go and get the vaccine, the vaccine might need to come to them. It is about giving them that opportunity.

“When I was principal at Merivale School we had parents that did not have transport and could not get anywhere, so they basically lived within a 2km radius of the Merivale area itself.

“Which is why it is important that the vaccine in the community happens.” 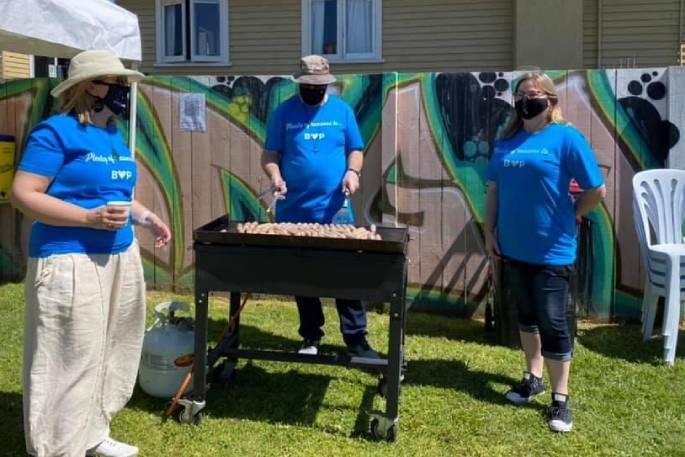 Jan says one man was simply walking past with his daughters and stumbled across the clinic.

Her and other volunteers kept an eye on the children whilst the father got vaccinated, giving Jan a high-five on the way out.

“How cool is it that he felt that pride?” says Jan.

“Seeing the pride in people coming out was great.”

Shortly after, one of the daughters came back with their mother and got vaccinated as well.

Another was simply inspired in the morning to get jabbed.

“One person came along with a friend and previously really did not want it,” she says.

“But they thought about it and woke up Saturday and decided to have it. Just because it was there. That would not have happened at any other time.”

Which highlights another of the key reasons behind the event in Jan’s eyes. Not only to vaccinate but to educate.

She says many people came along to discuss their fears and hesitancy over the vaccine with qualified medical professionals.

“There were still some people that showed up and were not sure or still haven’t made their mind up but they said they would come back and talk about it again if we did it again,” she says.

“It was also about getting people to come and talk about their fears with the nurses and having those questions answered.

“The community had not really had that opportunity to be able to talk to people like health professionals. It was just a really good day. It was good to see people engaging.”

Jan believes another pop-up from the same team is likely in three weeks’ time whilst Te Manu Toroa, a community health centre, are said to be running clinics at the site.

For future events, Jan and other volunteers will be knocking on doors in the region to alert people to the upcoming presence of the clinic.

“It is just to let people know it is coming up and to make sure people have transport and access,” she says.

“But there is no pressure. The community has struggled to get out to other places. So it is just to let people know that it is there and that they have that option.”