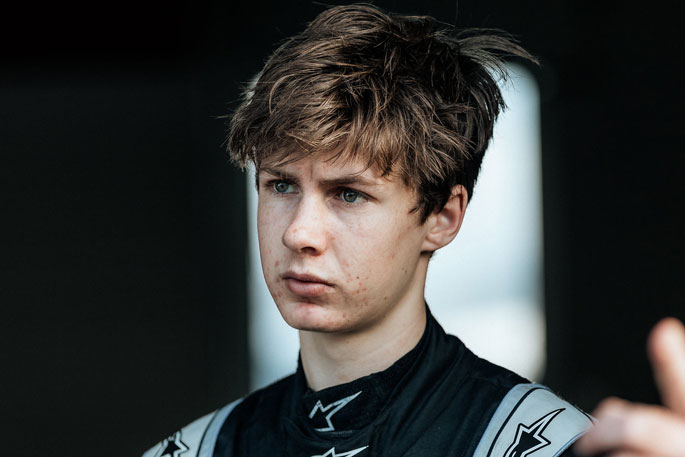 Morrinsville karting champion Fynn Osborne is the latest talent to confirm he’ll be on the ever-growing grid for the forthcoming Best Bars Toyota 86 Championship season.

Osborne is one of the country’s top karters having won the Rotax Max Light class in the 2019 Kartsport NZ National Sprint Championship and the Junior class of the Rotax Max Challenge New Zealand in the same year.

He was also second in this year’s Kartsport NZ National Schools Championship. In 2018 he also represented New Zealand at the Rotax Max grand finals in Brazil.

The 18 year old’s switch to cars won’t be his first circuit racing experience as he gained some seat time in the 2020 North Island Endurance Series. He’s also tested the Toyota 86 ahead of confirmation of his 2021-2022 season.

The Year 13 St Peter’s School student is aiming to get up to speed quickly as he makes the transition from karts. He’s aiming to be a regular top five contender but isn’t underestimating the challenge that lies ahead to get to the sharp end of a closely matched field.

“I have chosen the TR86 championship as it is an exceptional opportunity to get into car racing and it’s going to give me the close competitive racing I’m looking for,” he says.

“Being able to race in this field means I will be having to work hard to reach my goals. I’m in no doubt of that and I am well aware of the quality of the drivers competing. I have been training a minimum of four days a week at the gym with my trainer to get ready and trying when it has been possible to get to Hampton Downs to put down some laps in the car.

“I have tested the car a couple of times now and have enjoyed all aspects of it including the handling and grip as well as refining my heel toe technique. It’ll be great to start at Hampton Downs when the season begins as it is a track I’ve got plenty of laps on and I’m confident on it.”

That Hampton Downs opener will take place on November 12-14. Once the big debut weekend at Hampton Downs is complete, the championship moves to Pukekohe three weeks later over the weekend of December 3-5.

Three weekends later it’s back to Hampton Downs on February 11-13 for the New Zealand Grand Prix meeting before the season finale at the Bruce McLaren Motorsport Park, Taupo on March 25-27.