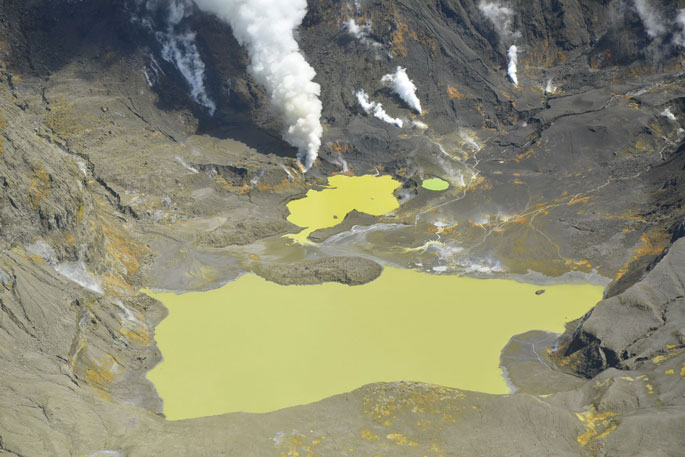 The volcano still occasionally emits traces of volcanic ash and remains in a state of moderate to heightened unrest.

Agnes says temperatures measured in the active vent area were similar in value to those measured 2 weeks ago, with a maximum 220 °C recorded.

"The minor deposits from the intermittent volcanic ash emission described in previous bulletins were visible but were confined to the area close to the active vents.

"Weak ash emission was occurring during the observations made last week, and intermittent ash emission is still possible.

Equipment that provides real-time monitoring on the island is currently degraded and we are continuing to work on restoration options, says Agnes.