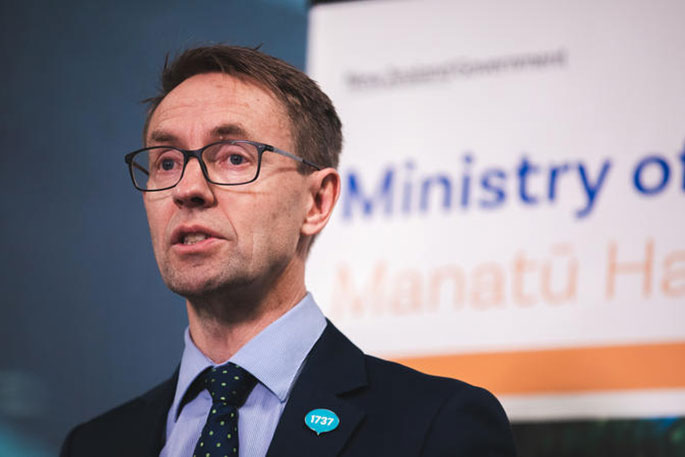 There are 51 new community cases today; 47 are in Auckland and four are in the Waikato.

As at 9am today, 28 of these cases are linked, of whom 18 are household contacts, and 23 remain unlinked with investigations continuing to help determine their connection to the current outbreak.

Super Saturday provided a huge boost to New Zealand’s response to Covid-19, with a record-breaking 130,002 people putting their arms out for vaccinations yesterday, says Director-General of Health Dr Ashley Bloomfield.

“People across the motu embraced Super Saturday like their communities’ lives depended on it.  It was inspiring to witness as we know the Covid-19 vaccine is key to our efforts to control the virus.

“Auckland did incredibly well with its biggest ever vaccination day and I congratulate and thank everyone there who stepped forward to protect themselves, their whānau and their community – 41,081 people were vaccinated there yesterday, including 9,039 first doses and 32,042 second doses.

“They’ve hit 89 per cent of their eligible population who have had their first dose and are tantalisingly close to reaching 90 per cent. I continue to urge everyone in Auckland who hasn’t received their first vaccination to get vaccinated as soon as possible. And remember, we’re not stopping at 90% - the higher, the better for everyone.”

At the start of yesterday, 29,399 more people in Auckland were needed to get their first dose to reach 90 per cent, that target is only 20,360 short.

Over the past week, Auckland averaged about 4000 first doses daily so NZ is on track to reach that milestone this week.

A more detailed breakdown of the vaccination data by District Health Board will be released shortly.

*One previously reported case has been reclassified as ‘not a case’.

Four new cases were confirmed in the Waikato overnight, says a statement from the Ministry of Health.

"Two cases (one in Hamilton and one in Raglan) were known contacts of existing cases, including one individual who was already in managed isolation.

"Investigations are underway to determine how the other two cases are connected to the current outbreak."

One lives in Hamilton and the other has an address in Kihikihi. It is possible that the Kihikihi case is the source of the wastewater detections in Te Awamutu, however this has not yet been confirmed.

Waikato DHB is continuing to carry out regionwide testing and we are encouraging anyone with symptoms to get tested – particularly for residents of Raglan, Te Awamutu and Kihikihi.

Testing will be available tomorrow in Kihikihi.

The location of testing sites available today in the Waikato are below, and are also available on the Healthpoint website and the Waikato DHB website.

"Super Saturday was a big success in the Waikato with 10,088 people getting out to be vaccinated," says an MOH spokesperson.

"Of those people, 3887 received their first dose and 6201 their second dose.  There were 6080 swabs taken for testing around the region."

Following two positive detections in wastewater samples in Wellsford, it can be confirmed that there is one household in the area with cases, says the MOH.

"Wellsford residents are urged to remain vigilant and get tested if they have any symptoms.

"There is a pop-up community testing centre open today at Warkworth until 4pm – please call ahead to book your test. Covid-19 testing is also available at general practice and urgent care clinics.

"A pop-up testing centre will be operating in Kaiwaka from 10am to 5pm from tomorrow."