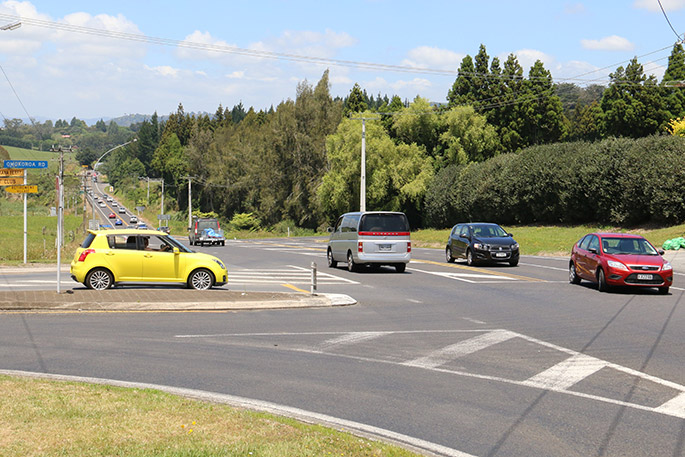 Kāinga Ora has announced Council as one of the successful applicants to move to the second stage of its Infrastructure Acceleration Fund process.

Western Bay Mayor Garry Webber says this is a positive step forward with Kāinga Ora identifying the necessity of the intersection to support new housing supply in Ōmokoroa.

“We are delighted to have made it to the next round but know there are no guarantees given the history of this infrastructure project. We now have plenty of work to do to produce a compelling case the panel can’t say no to.

“This is a critical project not only for the District but the western Bay of Plenty sub-region. Ōmokoroa is a priority growth area. We are committed to seeing this piece of infrastructure come to fruition so we can help develop connected centres across the sub-region.”

Council in August submitted an Expression of Interest for the IAF and followed with an application, backed by SmartGrowth, for the $150 million for the State Highway 2/Ōmokoroa Intersection.

This is in response to Waka Kotahi NZ Transport Agency being unable to fund the project after the Government’s decision to halt most of the funding for the project earlier this year.

The intersection was approved to be funded along with four-laning State Highway 2 from Te Puna to Ōmokoroa, the second stage of the Takitimu North Link, through the New Zealand Upgrade Programme. Unfortunately, that funding was withdrawn at short notice.

Furthermore, both projects, stage two of the Takitimu North Link and the State Highway 2 Ōmokoroa Road Interchange were not included in the Regional Transport Plan.

Council will now submit a full proposal in response to a Request For Proposal.

Kāinga Ora received more than 200 proposals, which in total sought funding of more than $5 billion for a $1 billion fund.

How and where are those huge constructions going on near Belk Road going to access the roading network? Not to mention the thousands of houses planned for Tauriko...

So, the problem is too much traffic for the road from Omokoroa to Tauranga, your solution is to go on a waiting list but continue building more houses and businesses. You guys are sooo clever. When is common sense going to win over stupidity, never. One Wairoa Bridge to Tauranga is never going to work. Wait, build a 4 lane cycle track, hahahaha

Cambridge road SH 29 should have been on the list too. Still Money goes to tiny minority for bike lanes and bridges.

Yawn yawn yawning. Here we go again. Will never happen. Council should join the protest and refuse to issue anymore building consents until the diggers move in and construction actually begins on this roading project!!