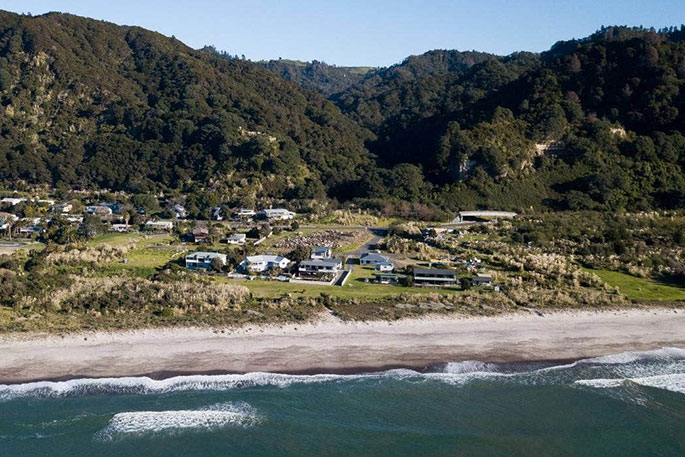 Matatā residents and those in the rest of the Whakatāne district can expect to soon become much better informed about what is happening with the long awaited Matatā wastewater project.

Whakatāne District Council’s projects and services committee heard at a meeting on Thursday that a communications and engagement plan is being developed by the team working on the project to keep the entire district abreast of developments.

Project manager Janeane Joyce presented a progress report on the project to the committee at the meeting. The project is the first the council has developed through a collaborative co-design approach with its iwi partners.

Councillor Lesley Immink said at the meeting that she felt it was important to keep not only Matatā residents informed about the process but also residents throughout the district.

She said as this was the first time the council had undergone a project through this co-design approach “ratepayers are looking at how we manage this”.

With no reticulated wastewater scheme, Matatā is reliant on septic tanks. With the area poorly suited to this form of wastewater system because of the high water table and wet, clay-like soil, this arrangement has led to long-running public health risks and environmental contamination.

The council previously applied for and was granted resource consent to build a reticulated wastewater scheme in Matatā in 2013, which would discharge partially treated water to sandhills east of the Tarawera river mouth. However, the consent was overturned in the Environment Court after an appeal by Ngāti Rangitihi in which the iwi showed that the discharge site was wahi tapu. Earlier this year it was reported that the council had put together a team with the aim of having a reticulated wastewater scheme in Matatā by 2026.

A subsequent hui was held in Matatā on August 2, where it was reaffirmed that having the right representatives at the table was critical. “Representatives provided access to information that would help the project team to better appreciate the deep cultural and historic significance of the area.”

The co-governance group has since been agreed upon to include involvement at iwi and hapu level.

It has also been agreed that the Bay of Plenty Regional Council and Toi Te Ora Public Health will support and offer strategic advice to the co-governance group. The group met on September 22 for “a very productive hui with open discussion and ideas on how to work together as well as support the project”. Regular hui will be held to support strong engagement and partnering as well as strategic and governance support to the project with the next one planned for early November.

Mayor Judy Turner asked whether the co-governance process was more time consuming and expressed the concern that rising costs over time would put the cost of the project outside those allowed for in the council’s long-term plan. The total funding set aside for the project is $19,066,396.

Ms Joyce replied that the project was on track and that although it took a bit more time at the beginning to get the co-governance group set up, once this was done it would allow the process to go ahead much more smoothly.

She said with the partner project teams set up and also two desktop reviews completed to look at currently held technical data and identify information gaps, the next step was to undertake monitoring of the area’s surface and groundwater over the next nine-to-12 months. Three bores were being drilled for this purpose.