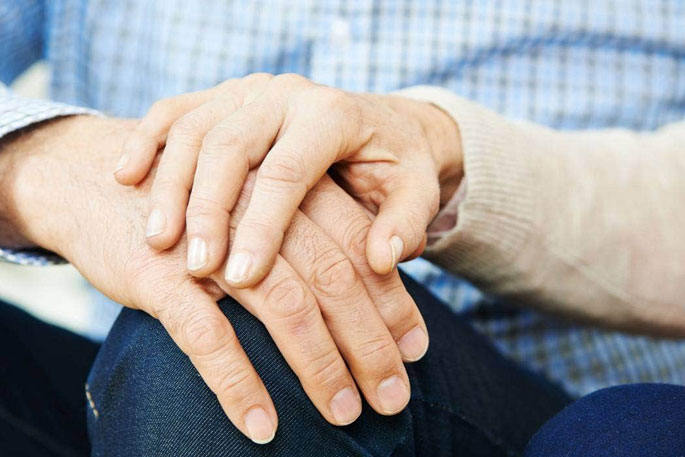 The Government have announced the final details of how euthanasia will work in New Zealand when it becomes legal on November 7.

The law change was spurred by ACT MP David Seymour’s members’ bill and a referendum at the 2020 election, where the option to legalise assisting dying won 65 per cent of the vote.

Strict guidelines surround the procedure. People who wish to end their life under the law must be terminally ill and likely to die within the next six months.

They must be in an advanced state of irreversible decline and must be undergoing “unbearable” suffering. And they must be mentally able enough to make an informed decision.

Those who apply for assisted dying need two medical practitioners to agree that the person is eligible under the strict criteria. If there is any uncertainty about their capacity, a psychiatrist must assess their competency.

The Ministry of Health must be informed of anyone who undergoes assisted dying, with a special review committee keeping track.

An official notice has been gazetted setting out a price schedule for the practice, including what medical practitioners will be paid by the Government for performing the procedure – $1087.20.

Other fees can be paid to those involved in assisted dying services, including psychiatrists who can be called upon to declare that the person requesting assisted dying is of sound mind and is not being pressured to do so.

Travelling costs are also included and are likely to be needed - a February survey suggested only about a third of medical practitioners were planning on offering assisted dying services.

“This independent review mechanism is one of the many safeguards put in place to ensure the service is operating in line with strict criteria set out by the Act,” Little says.

“The other body required under the legislation, the Support and Consultation for End of Life in New Zealand group, or SCENZ, was appointed in August. Its responsibilities include maintaining a list of health practitioners providing assisted-dying services, and helping develop and oversee standards of care.”

Little says the funding was key to make sure the service was accessible, and for most people would be free.

“We expect that in most circumstances, these services will be provided in the community and will be free for people who meet the strict eligibility criteria.

“Medical and nurse practitioners who provide care as part of the assisted-dying service will be paid for their work and for their travel costs.”

“On November 7, New Zealanders will be able to access the End of Life Choice Act, with those who are suffering able to end their lives in peace and dignity surrounded by loved ones,” she says.

“We say that a society should be judged by how it treats its most vulnerable. Very soon our country will give those who face terrible suffering at the end of their life compassion and choice. It will be a good day to be a Kiwi.”

I do blame the Government for my mistake in voting for them. They made hollow, shallow, broken promises to draw the votes in thereby making me one of their suckers. They can blame-shift as much as they want but they need to standup and take responsibility for their deceit. There’s a massive difference between ’we will do’ and ’we hope to do’. It may be a political game to them but at the end of the day a promise is a promise. Don’t make promises you cannot deliver on. If they’d done their homework their integrity may very well still be intact. Running a country is not a game. There are still other options out there that are going to make the next election very, very interesting. I do agree with you that groutby made an excellent post and he was right that I should re consider my thoughts.

You can’t blame the government for YOUR mistake in voting for them. I understand your clarified position in response to Groutby’s excellent post (which I endorse 100%). I won’t be voting for them next time either... but I won’t say NEVER because things can change and there is no need to cut off options. Personally, I don’t think this Law goes far enough. It is still predicated on the sanctity of Life (which is really no big deal... there are worse things than dying; a lifetime of nagging partner, pain, depression, sadness, etc.) I would argue that MY body and MY life should be MY responsibility. If I’ve had enough and am happy to end it, who has the right to gainsay me? I SHOULD be able to have it done painlessly and professionally, with no fuss or mess, and no stigma for those remaining.

Actually I hear you and you’re right. I was a bit hasty. Unfortunately my Mother is at that stage and I just cannot for a minute imagine doing that to her. She lives in Auckland and we are resigned to the fact that we may never see her again so I guess I actually wrote my comment with some anger building up as I wrote . . . I will still never vote Labor though - they are definitely off my Christmas card list. Thank you groutby.

....although I agree there are many reasons why you may well wish to change your vote ’next time around’, the introduction of this bill into law should not be one of them. The proposed bill was drawn from the ballot box and finally put to the people by way of referendum in a rightful and democratic way. It is not a question of your vote going left, right or any oher way, the people have clearly indicated their wishes to have this passed into law, and we don’t see this often enough in my opinion. Clearly it doesn’t sit well with your beliefs and many will understand that, but, democracy has spoken whatever individual beliefs may be, for me, I celebrate the people having the last word, irrespective of who is ’in power’ at this time....

Legalized abortion, killing off our most vulnerable, killing the economy, killing democracy . . . I am ashamed and appalled to say I voted for you. Perhaps Kim Jong Yun or Putin are looking for a nodding, smiling assassin. Labor will NEVER receive my vote ever again. I would rather not vote than make this mistake again.