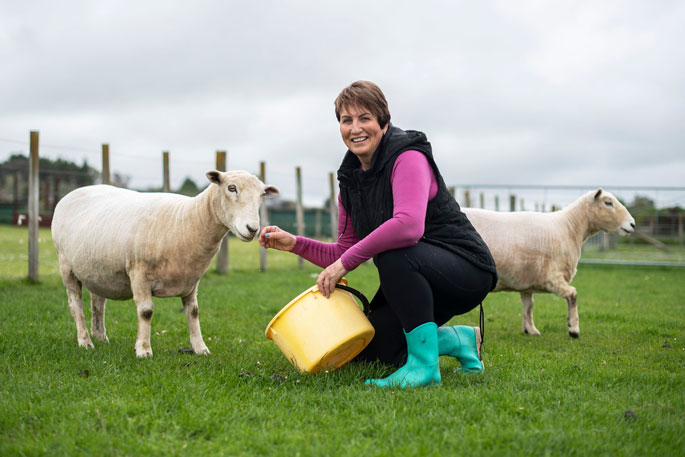 W/O Dale Kutia engages with more domestic animals at her Waipukurau property.

When Warrant Officer Dale Kutia joined the Air Force women were segregated from men, hardly any trades were open to them and their male colleagues were paid more. She wasn’t even allowed to ride a bike.

Now, after nearly 50 years, Warrant Officer Kutia is the longest-serving woman in the Royal New Zealand Air Force and is leaving after witnessing momentous changes in the service.

In 1972, after leaving Tauranga’s Otumoetai College, the 17-year-old was the only applicant at the local RSA, where she passed her entry test.

At the time, enlisted females joined the Women’s Royal New Zealand Air Force and were only given a three-year contract rather than the eight- to 12- year contract offered to men.

Jobs were limited to clerical trades, such as shorthand typists and data processors and were paid 80 percent of the men’s rate.

Women were required to be single on enlistment and if they married or got pregnant they were discharged.

“We weren’t allowed to use weapons, so there was no rifle drill or ground defence exercise… instead we had a picnic at West Melton.” 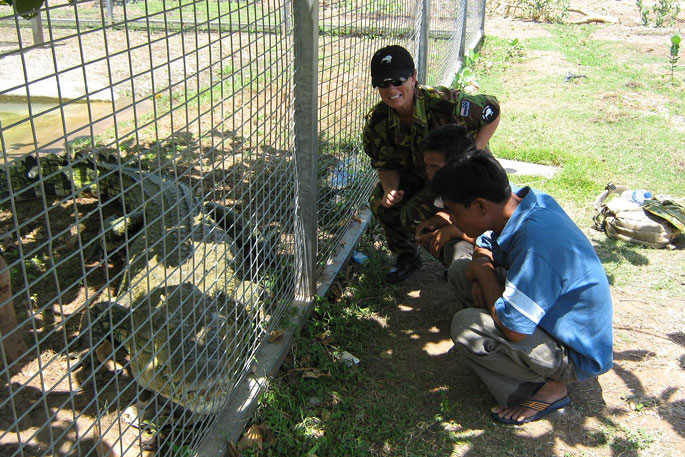 W/O Dale Kutia engages with the locals and local wildlife during her deployment to Timor-Leste.

They spent the time making bed packs and having blankets thrown on the floor if beds weren’t made properly. They also polished brass and their shoes.

Following recruiting training, Warrant Officer Kutia began her Clerk General Duties course at Wigram, where they were finally allowed to mix with the males – but only during the work day and not to socialise out of hours.

A big shock was not being allowed to ride a bike because wearing a skirt meant it was “unladylike”.

In 1983, Warrant Officer Kutia and her husband Richard, also in the Air Force, were chosen to be the first married couple to be posted together to Singapore.

However, the posting was pulled because the perceived unfair financial advantage they would both receive.

“So I chose to go on leave without pay and followed my husband,” she says.

After two years the pair returned to Woodbourne and Warrant Officer Kutia returned to work.

She excelled at her trade and was awarded the Meritorial Service Medal for her role of looking after a $300,000 budget and turning a team in turmoil into an efficient unit.

She was also heavily involved in recruiting, on and off for about 12 years, shaping the face of the RNZAF.

In 1997, she was the first person from the Air Force deployed to the Sinai in Egypt as an officer clerk. The posting had always previously gone to Army personnel.

Later, she was chosen for a year-long deployment to Timor-Leste, where she was an advisor to the Timor-Leste Army. 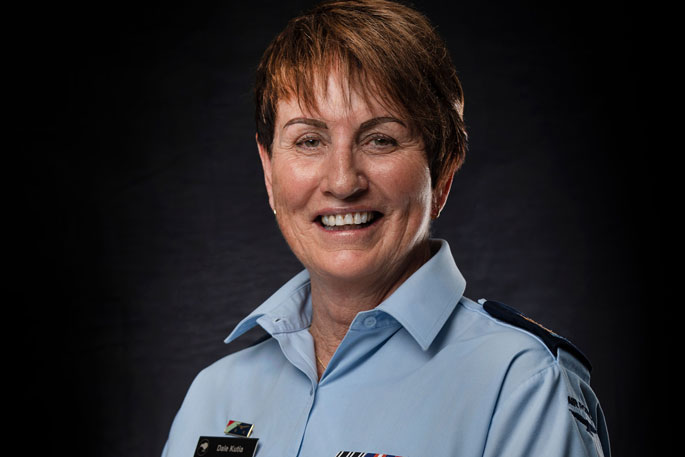 Warrant Officer Dale Kutia has witnessed immense progress for women in the New Zealand military during her 48 years but says more needs to be done.

In the later part of her career she took on major projects that affected the entire Defence Force. She created a computer version to replace paper payslips, which would arrive weeks after pay day and generally ended up in bins.

Relaxing in her Waipukurau home, Warrant Officer Kutia says looking back on her career it doesn’t feel like 48 years has passed.

The decision in 1977 to integrate the WRNZAF with the RNZAF was significant as it offered women so many more opportunities, she says.

“Over the years we started to have a voice. There’s still work to be done, especially with leadership opportunities.”

Thank you for your service. Those early years must have been incredibly difficult to hang in there.