Demand for Government to be upfront about breach 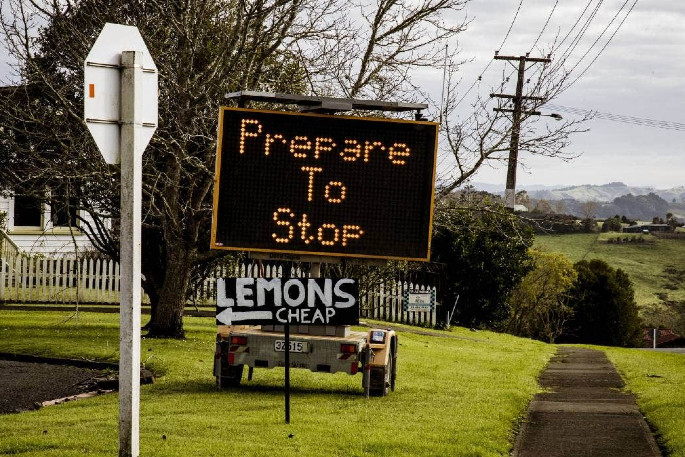 Northland is back in alert level 3 after a woman who travelled to the region tested positive for Covid-19. Photo: David White/Stuff.

The National and ACT parties are calling for the Government to be upfront about the enforcement of Covid rules following the announcement on Friday that the latest positive case has prompted Northland to be put back into Alert Level 3 for four days.

The search for a woman who travelled around Northland with another who later tested positive for Covid-19 continues as authorities fear she too may be infected.

It is understood the women are sex workers with gang links and they stayed together at a hotel in Whangārei some time in the past week.

“The Government must give the public clear information about how a woman who travelled to Northland and subsequently tested positive for Covid was able to do so, and why it took so long to have her put into MIQ, says National’s Police spokesperson Simeon Brown.

“New Zealanders are rightly concerned about how this individual managed to allegedly obtain a travel permit illegally and then, after testing positive for Covid, go into hiding for several days.”

ACT Leader David Seymour has also chimed in saying that when the Govermnent makes a major decision like shutting down an entire region it needs to provide the truth about it, otherwise “the void will be filled with rumour and speculation”.

“Like most New Zealanders, I have received emails and messages detailing what’s alleged to have happened in Northland,” says Seymour.

“On Newshub Nation this morning former parliamentarian Winston Peters outlined these allegations. Peters said that the case was travelling with a gang member. Chris Hipkins has said he didn’t know if the person was gang affiliated. Both can’t be true."

The positive case, who gained entry to Northland using false documents, has since returned to Auckland where she has been uncooperative with health authorities and contact tracers who are trying to find out where she has been in a bid to alert contacts.

The other woman remains at large, and it is understood authorities believe she is also likely to have the virus given the time the pair spent together.

““Who was the woman travelling with? How did she obtain a travel permit? When did police know the permit was not lawful, and what action did they take to locate her at that point? Did police use information from the Gang Intelligence Centre to identify her? Are Police considering charging her for breaching any Covid orders?” says Brown.

“While the vast majority of New Zealanders are doing the right thing, in recent weeks we have seen gangs continue to smuggle guns, drugs, people and even KFC across the Auckland boundary – risking the spread of Covid throughout New Zealand."

Uretiti Beach Campsite manager Adrien Chevrier told Stuff Northland DHB informed him on Friday that someone with Covid may have stayed at the campsite from October 5 to 6.

The campsite has since locked down, with 30 to 40 campers asked to stay there until at least Tuesday, when restrictions could be lifted if there is no further spread in the region.

"We have our own bubble now," he said.

Chevrier said the DHB told him it was a "possibility" that those who visited the campsite with Covid may have been sex workers.

The latest case prompted Northland to be put back into alert level 3 for four days from midnight Friday.

Covid-19 Response Minister Chris Hipkins said the move was made out of an “abundance of caution” as the woman had “moved extensively around Northland” between October 2 and 6.

She is believed to have travelled to Whangārei, Kamo, Paihia and Kawakawa, before returning to Auckland on October 6.

“Winston Peters has been shredding his own credibility for decades, but Hipkins is still a Minister of the Crown. Hipkins needs to confirm whether these were true – if they’re not he could sue Peters for defaming him,” says Seymour.

“Hipkins should front at 1pm and give us the truth.

“The problem with the Government not being open and transparent is it leaves a void and that’s how misinformation spreads. It’s time to treat New Zealanders like adults and give us the truth,” says Seymour.

“An effective law and order response is needed to ensure incidents like these are brought to an end before it is too late,” says Brown.

“Police want to do that job but the Government needs to be upfront about what support is being given to help them do it.”

Police declined to comment when asked about the search for the woman, other than to say they were assisting the Ministry of Health with contact tracing.

The Ministry of Health says more information will be released in a statement expected at 1pm.

What’s important here? Names and occupations or the ACTIONS they took? They are people, and they are Kiwis. We can expect better BEHAVIOR and we need to take steps to ensure better behavior. Names and gossip about them is just irrelevant to the real issue.

It’s seems odd to me that a few weeks ago that the couple who went to wanaka had there names and pictures all over mainstream media, yet for some reason these 2 women have there identities hidden ? Why is this ? I’m guessing they belong to a particular ethnic group who are way behind in there vaccinations, which if true will do nothing but enrage kiwis who are sick of hearing that for some reason this ethnic group are somehow more disadvantaged. Secondly, it seems odd that Adrienne Chevrier claims that the northland DHB revealed to him these women are sex workers ? From my quick research uretiti campsite is a well known place where this kind of adult things happen on a very regular basis ( sex clubs, public sex or dogging as otherwise known ) so it is obvious that the campsite managers facilitate such happenings

I agree with Merlin, the points scoring game is rather puerile and I fail to see why the need to mention the young ladies occupation to all and sundry, really not fair at all!!

I agree wholeheartedly. Too much political advantage is being spun (on both sides) into what is essentially a Health problem. Nevertheless, it is pretty obvious that these gang-related breaches need to be addressed firmly and urgently. People who do not co-operate with tracing should be charged with obstruction and jailed. It does not help morale of the decent majority who are tired and stressed but still complying, to see criminal elements flouting the Law with impunity.

Opposition parties are more interested in scoring political points than being helpful over the Covid outbreak. People break rules and Police are standing out on the streets to try and stop rule breakers 24 hours a day.