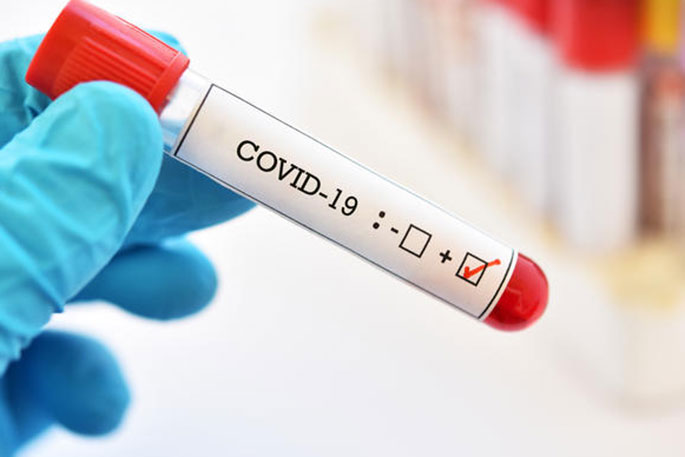 Forty-one are in Auckland and three are in the Waikato. File photo.

There are 44 new community cases today.

The Ministry of Health reports 20 of these are household contacts, 12 are known contacts, and 12 remain unlinked with investigations continuing to determine how they are linked to the current outbreak.

"We acknowledge today’s numbers are higher than recent days. This is not unexpected because there have been a number of contacts of new cases and we can expect to get fluctuations from day to day," says Director of Public Health Dr Caroline McElnay.

Of today's new cases, 41 are in Auckland and three are in Waikato.

The total number of the community cases in this outbreak is now 1492.

The three new cases in Waikato are all linked and contacts of existing cases. Interviews are continuing to determine any further contacts or locations of interest.

There continues to be a strong response to calls for testing in Waikato with 5180 swabs taken yesterday.

There are seven pop up testing sites operating today at Claudelands, Te Rapa, Karapiro, Raglan, Huntly, Kawhia and Tokoroa, with extended hours to cater for demand.

The existing testing centre at Founders Theatre is also open, says a statement from the Ministry of Health.

"Further details on exact locations and hours of testing sites are available on the Healthpoint and Waikato DHB sites.

"The Ministry of Health urges anyone in the Waikato with any symptoms that could be Covid-19 to get a test.

"Waikato turned out in record numbers yesterday to get vaccinated with 10,397 doses given, with large increases seen in rural areas.

"This equates to a four per cent increase in first doses across the Waikato in one day. 77 per cent of people in the Waikato have now received their first dose and 52 per cent are fully vaccinated. A big thank you to everyone who came forward."

Alert levels for the whole of the Waikato will be reviewed again on Monday.

Update on Auckland case who travelled to Northland

The case reported last night, who recently travelled to Northland, was last night transferred to an Auckland quarantine facility, under strict infection prevention and control procedures, including the use of full PPE, says the Ministry.

The case was under investigation after returning a weak positive result from a test in Whangarei earlier this week and yesterday returned a positive test result in Auckland.

"Public health staff are continuing investigations to identify whether there are any locations of interest or exposure events associated with the case.

"In some instances, a location of interest may not be listed on our website. This doesn’t mean no actions have been taken around tracing the movements of a case. The focus of publishing locations of interest is on locations where contact tracers don’t have a good idea of who was there at the relevant time, like bars and supermarkets.

"For some locations of interest, like personal appointments, we have a good understanding of who was there at the relevant time and an effective means of contacting those people via existing communication channels and networks. These situations are closely managed by contact tracers, who may determine that the location does not need to be added to the list published online.

"Contact tracers are often dealing with people who are stressed and some people can find it difficult to recall where they’ve been, when they are under pressure."

Locations of interest are added to the Ministry’s website as quickly as possible. We ask people to check these regularly, especially if you have visited, or live in Auckland, Waikato or Northland.

There are four testing centres operating in the Northland region.

These are at Kaitaia Hospital; 1 Sammaree Place in Kerikeri, Dargaville Hospital; 20 Winger Crescent in Kamo; and Pohe Island in Whangarei.

Counties Manukau DHB has advised the Ministry of Health of two possible Covid-19 exposure events at Middlemore Hospital, both from the same patient.

On Monday, October 4, the patient presented to the Emergency Department for a non-Covid related issue where they stayed until they were assessed and discharged.

They answered no to all screening questions and were asymptomatic.

The patient again presented to ED on Thursday, October 7.

"Following discussion with medical staff, the patient was isolated, tested and moved to a negative pressure room. They subsequently returned a positive result," says the MOH.

"Although asymptomatic on their first visit ARPHS has determined that their infectious period encompasses this date and as such are acting out of an abundance of caution in identifying potential contacts.

"As of this morning 42 patients and 18 visitors have been identified as contacts.

"No staff are required to stand down as they were wearing the appropriate PPE. While there have been a number of exposure events at Middlemore, this is not unexpected as there are a number of subclusters in South Auckland, for which Middlemore is the local hospital."

See below for a full breakdown of today's numbers:

Columbus discovered America for the Europeans (there were previous visits from various peoples). We are discovering that, unless EVERYBODY complies with the Covid restrictions, we are not going to be able to eradicate it, even though, theoretically, that IS possible. It is a fantastic effort and it is achieving good results, even if it can’t be perfect. The publication of the data and the transparency is exemplary. I give the government credit for that. We all need to hang in there and do our bit, even though it is tiresome and tedious. Let’s hope that increased vaccination will bring these new cases down.