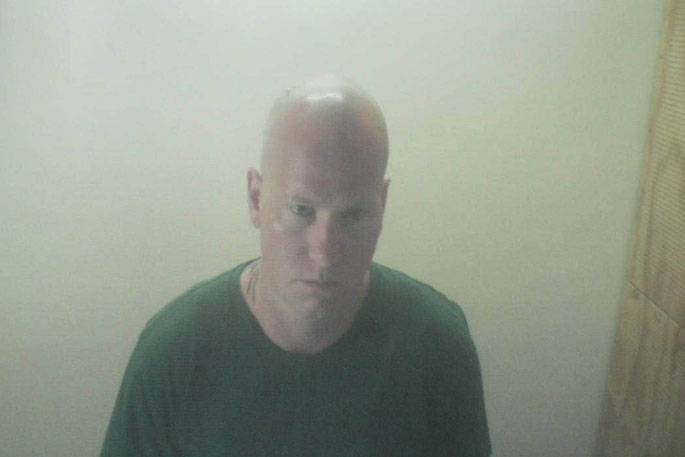 Benjamin Dods told police he had no memory of the crash on State Highway 2, Tauranga, which killed Uthai Phonphong, and didn’t know why methamphetamine was in his blood. Photo: Benn Bathgate/Stuff.

As Benjamin Dods​ sped down the wrong side of the road, moments before a fatal crash, he was drunk, had methamphetamine in his system, and hadn’t slept for 30 hours.

The 30-year-old was jailed for four years and eight months for manslaughter over the death of Uthai Phonphong in Tauranga on January 17​.

Phonphong was driving home to his family after a restaurant shift, and Justice Simon Moore said he couldn't have anticipated Dods “barrelling towards him” on State Highway 2.

Dods was sentenced on Wednesday, via audiovisual link in the High Court in Rotorua, and will be banned from driving for three years from the day of his release.

He was also sentenced on conspiring to deal both Class A and Class B drugs after earlier pleading guilty at the High Court in Tauranga.

Phonphong’s widow wept as Justice Moore described the circumstances of the crash, saying “he could never have expected another car to come barrelling towards him”.

“You survived,” he told Dods. “Mr Phonphong was not so lucky.”

The police summary of facts summary reveals Dods, a night shift worker, had been drinking steadily the day of the crash, declined offers to sleep on friends’ couch, and “consumed a quantity of methamphetamine” at a friend’s apartment.

“His behaviour was described by people around him as loud, excited, erratic, disrespectful and drunk,” the summary said.

When asked to leave because “playfighting” with a friend escalated, Dods “took a big swig of straight rum from a bottle, walked down to his ute and drove off”.

CCTV captured Dods driving at speed and changing lanes without indicating as he headed to Pāpāmoa, where his girlfriend lived.

About 10.52pm, his vehicle was seen driving on the wrong side of State Highway 2.

He hit Phonphong – who was heading home to his family in Pāpāmoa after a restaurant shift - about 10.53pm.

Dods had been travelling at between 112k and 117kmh before braking.

Phonphong died at the scene.

This has obviously had a very significant impact on the family, this process is only part of the journey for them.”

Dods’ lawyer Thomas Harre​ said the impact of the crash “weighs very heavily on him”. He is willing to meet any reparation order”.

However, he also told the court it was “impractical for him to financially meet any reparation order.”

Phonphong’s two daughters could not believe their father was gone, Justice Moore said.

“The hole you put in their lives has had and will continue to have devastating consequences.”

“A loving and tight-knit family torn apart by grief.”

Dods, who was not wearing a seatbelt, was cut from his vehicle and taken to hospital, the police summary says.

A forensic blood sample revealed he had 161 milligrams of alcohol per 100 millilitres of blood. The legal limit is 80 millilitres.

Methamphetamine and prescription drugs were also found in his system, and his vehicle had failed its warrant of fitness in 2020.

Dods told police he had no memory of the crash and “could not explain why he was driving the wrong way on SH2”.

Manslaughter in a vehicle

Literally this man made so many appalling decisions and sadly took another persons life in the process. This should be seen and treated as manslaughter and not only should he be in prison for many years, he also should NEVER be allowed to drive any type of vehicle ever again. Why we keep giving complete looses chances (to potentially kill someone else again, by giving them rights, when they simply don’t give a toss about anyone else) is beyond me. Time for a complete overhaul of our so called ’justice’ system. If this had been my family member or friend killed, I would be fighting to have this disgusting chump locked away for the rest of his life!

How does it come to this?

An absolute tragedy, and condolences to the Phonphong family. He disregarded all the warning signs, ignored his friends, and seemed determined to destroy himself. (Unfortunately, he succeeded only in destroying an innocent man and his family.) How many other Benjamin Dods are out there? What could bring a person to such a state? I don’t think 4 years is enough. Not because I support jail as punishment, but because it will take longer than that to get this guy to some semblance of "normality", where he won’t make such obviously stupid (and dangerous) decisions. Don’t get in a vehicle (it is a lethal weapon) if you are angry, emotionally disturbed, or have been drinking. Sleep it off or walk home; it’ll do you good.

Absolutely appalling, this goon should never be allowed to drive again.