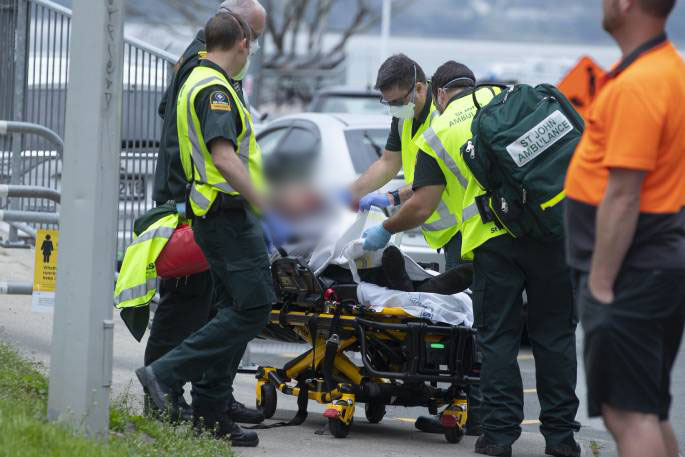 One person has been transported to Tauranga Hospital. Photo. John Borren.

One person has been seriously injured following an incident on the railway tracks near The Strand in Tauranga.

Police, fire and ambulance all attended the scene this afternoon on the tracks near Devonport Road.

St John confirm they were alerted to a rail incident shortly before 3.10pm today.

“One ambulance and one rapid response unit responded to the scene,” says a St John spokesperson.

“St John treated one patient in a serious condition and transported them to Tauranga hospital.”

A caller to the 0800 SUNLIVE news hotline says a pedestrian looked to have been injured on the tracks.

An eyewitness to the event says the person involved was struck by the last carriage of the passing train.

She says the person involved is “lucky to be alive” after the incident.

“He obviously had some blood on him but he was able to climb a fence to be taken away by the ambulance,” she says.