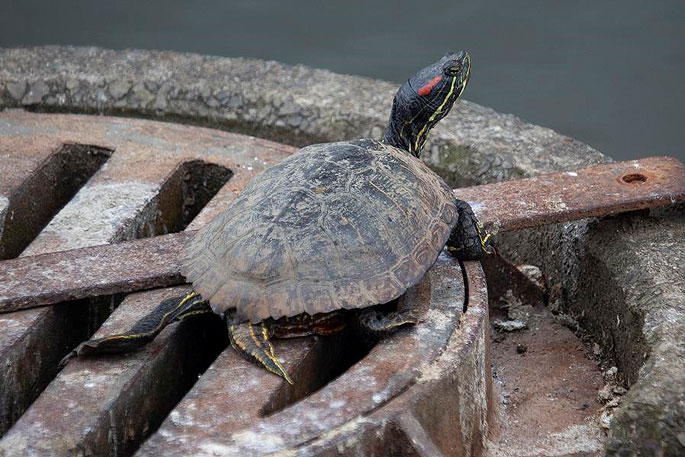 Turtles could become the BOP’s next major pest due to a warming climate.

Red-eared slider turtles are one of many “sleeper pests” that Toi Moana Bay of Plenty Regional Council fears high summer temperatures may turn into a major threat to native ecosystems.

Sleeper pests are already in the environment, but due to the current climate conditions they are unlikely to breed successfully. With climate change bringing warmer average temperatures we may begin to see more pest plants producing viable seed and pest animals successfully raising young.

Regional Council Biosecurity Officer Garrick McCarthy says the team is already starting to see abandoned and escapee pets reproducing and thriving in environments they previously had been unable to live in.

“We have found viable Red-eared slider turtle eggs in Tauranga’s Carmichael Reserve, and a Plecostomus, an ornamental catfish from the Amazon, living in a stormwater drain in Papamoa.

“We also have video evidence of an Eastern water dragon swimming above the McLaren Falls. With the changing Bay of Plenty climate these species could have a far greater impact on the environment than ever before. The lack of natural disease or predators means these exotic pets can live longer and raise young in the wild. They’re here already and so the risk of them becoming an established pest is very real.”

The Invasive Species Specialist Group has listed the red-eared slider turtle as one of the world’s 100 worst invasive species.

The turtles are readily available in pet shops throughout New Zealand. However, as they can live to be 50 years old, they are often dumped in the wild when their owners become bored of them.

Red-eared slider turtles are aggressive, often chasing down prey far larger than themselves. They feed on a wide variety of aquatic plants, insects, eels, and small fish species like whitebait.

They nest on land in holes in the ground which are covered up while the eggs mature.

The fear is with rising temperatures due to climate change, eggs will hatch and females will be produced. An adult female can lay up to 150 eggs in one year.

Regional Council is always surveying for potential plant and animal sleeper pests, so that pre-emptive actions can be taken before they cause significant harm to the environment.

However, McCarthy says prevention is the best form of biosecurity.

“People should seriously consider whether such a long-lived animal like a red-eared slider turtle is right for them as a pet.”

“If it does come to a point where you no longer want your pet reptile or fish, we ask that you do the right thing and rehome them, not release them into the wild,” he says.

There are many turtle, fish and reptile enthusiast groups on Facebook and these may be a good place to start when looking for a new home for your exotic pet.

McCarthy also asks that people report any sightings of the turtles or their nests to the Bay of Plenty Regional Council Biosecurity team.

“There is also the potential for other species of exotic bird, reptiles or fish to be a sleeper pest, so if anyone sees something unique or out of place, especially if its spreading or raising young when before it didn’t, then please get in touch with us,” he says. 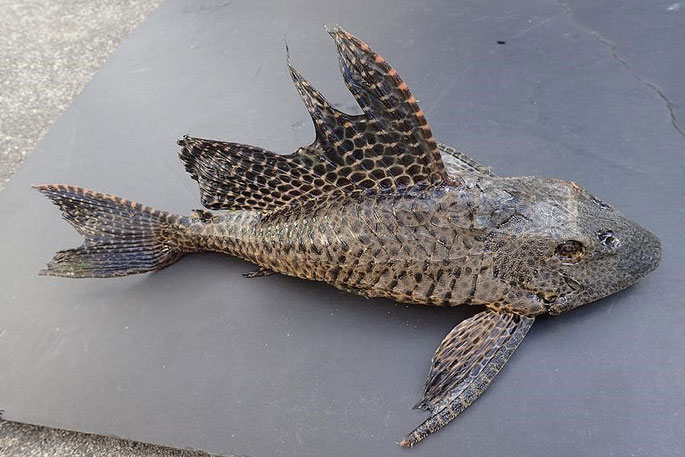