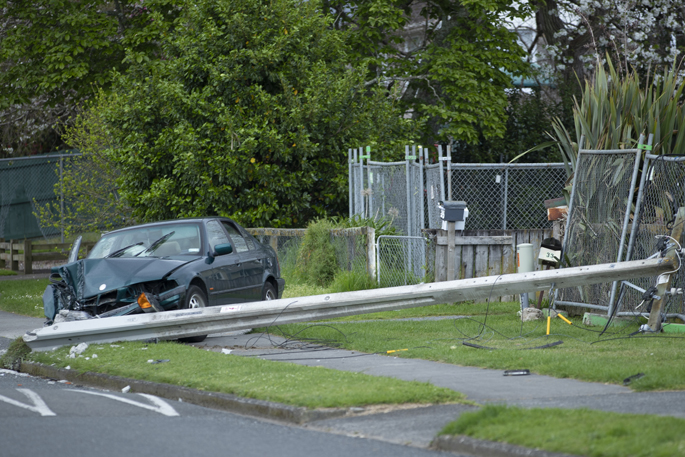 The scene of the crash. Photo: John Borre/SunLive.

A single vehicle crash in Hairini has brought down a power pole.

Police were called to Haukore Street shortly before 2pm following a report of a car hitting a power pole, says a police spokesperson.

Lines are reported to be down in the area and no injuries have been reported.

A SunLive reader says Haukore Street, off Hairini Street has been blocked off.

“Police and Fire aren’t letting people through due to the powerlines.

“One resident said they didn’t even hear it,” they say. 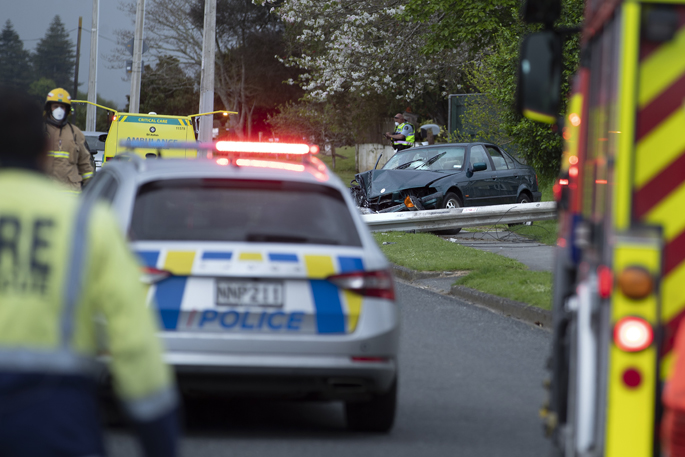 A Hairini resident says they heard car tires screech and then an engine roaring down the street.

“About five seconds later there was an almighty bang, then a young woman got out screaming,” they say.

“She was very lucky that there weren’t any kids around, it’s right next to the playground.” 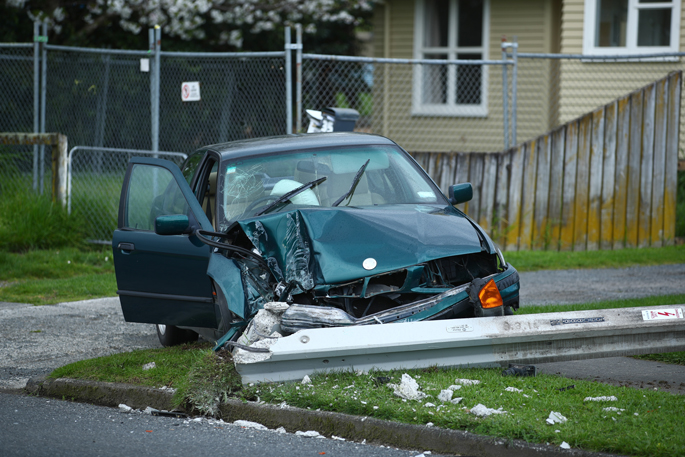