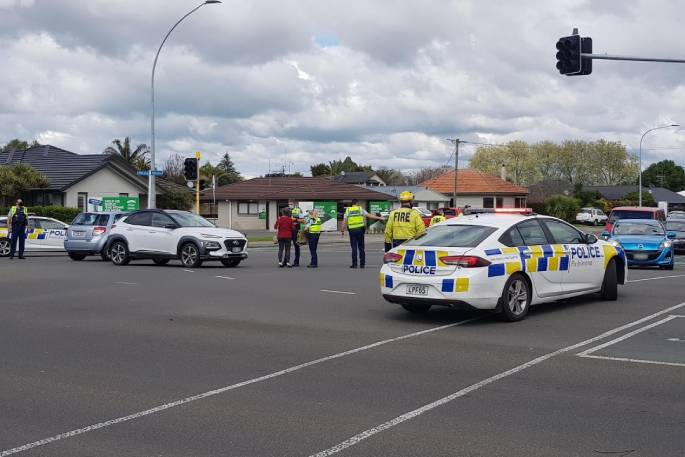 Police are at the scene. Photo. John Borren.

Emergency services are at the scene of a crash involving a car and cyclist in Tauranga South.

One person has suffered serious injuries.

A St John spokesperson says they were called at 11:48am to respond to a motor vehicle incident on 15th Ave and Fraser St in Tauranga.

“One ambulance and one rapid response unit responded,” she says. 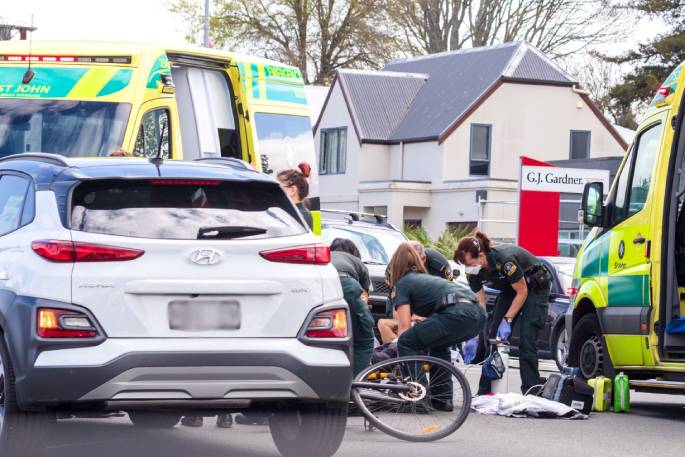 A cyclist was seriously injured in the incident. Photo. Cameron Scott.

“St John treated one patient in a serious condition and transported them to Tauranga Hospital.”

Police say they were notified of the collision on the intersection of Fraser Street and 15th Ave shortly before midday this afternoon. 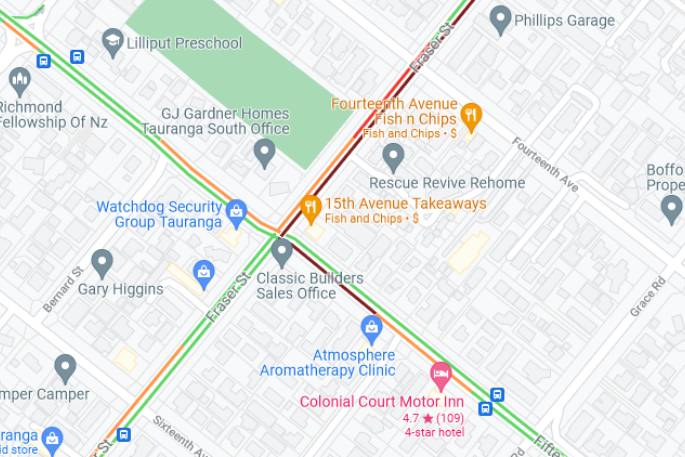 Traffic is building up in the area. Photo. Google Maps.

“Ambulance is on the scene with the cyclist,” says a police spokesperson.

A caller to the 0800 SUNLIVE number says they came across the accident just after 12 and says traffic is slow in the area.

A SunLive photographer who was at the scene says traffic down Fraser St is now starting to get “a little crazy.” 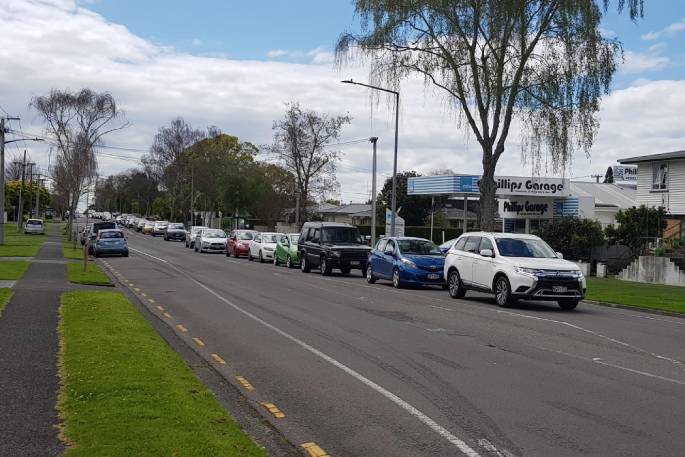 Police are said to be coning off the area.

taxpayers brought them a bike apth next to TEL. why dont they get the hell off the highways.

about time some of these cyclists started obeying the road rules like stopping for red lights. yesterday at hewletts rd a cyclist went past me at speed straight in front of oncoming traffic. no helmet either