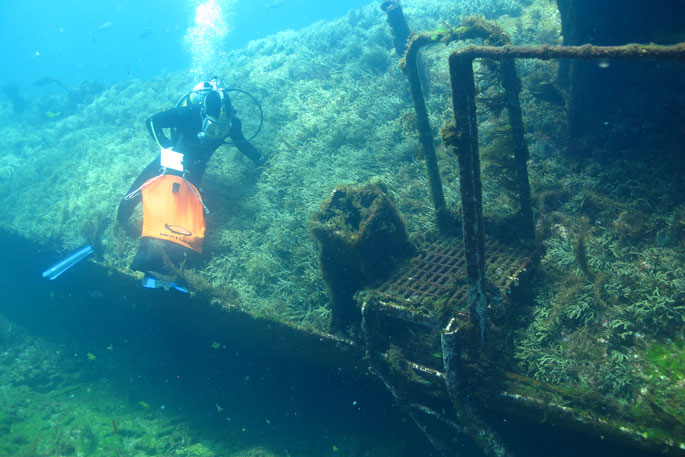 Today marks 10 years since the Rena, New Zealand’s worst ecological marine disaster, and while monitoring has shown the amazing capacity of the ocean to recover, researchers say it has also demonstrated the impacts of overfishing delicate reef systems.

University of Waikato Marine Ecologist Dr Phil Ross has done hundreds of dives researching the twisted wreck of the Rena which sits on the Astrolabe Reef (Ōtāiti).

He helped gather baseline samples and monitoring data immediately after the ship grounded on 5 October 2011, and he has studied the ecological changes that have occurred over the past decade.

The reef around the wreck was locked down for five years following the disaster and while Dr Ross monitored the physical and chemical impacts of the Rena, he also observed snapper and crayfish populations soar during that time. As soon as access was reopened however, Dr Ross says populations plummeted.

Dr Ross says the reef’s recovery is testament to the $700 million salvage effort of the ship’s owners and the insurance company, the second most expensive in maritime history. 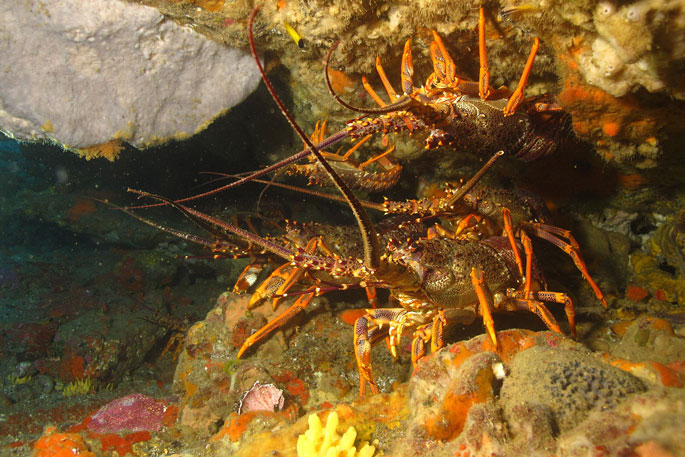 Crayfish at the site of the MV Rena on Astrolabe Reef.

“In the early days, the reef looked like a scrap metal yard, and it was hard to imagine it ever recovering. The physical disturbance was massive, but the work put in by the salvage team, clearing away wreckage and cargo debris created a blank slate on which recovery could occur,” says Dr Ross.

Five years on from the salvage being finished, the recovery of Ōtāiti is largely complete.

“While it has been heartening to observe and be part of that recovery, we also witnessed the ecological impacts of fishing once the salvage exclusion zone was lifted. Crayfish and snapper populations declined really quickly, and kina barrens, an indicator of overfishing, are now widespread,” says Dr Ross.

He says his research adds weight to the creation of the Mōtītī Protection Areas which includes the area around the Rena, enacted by the Government earlier this year. The protection status bans the taking animals or fish from the area.

“I think what we have seen over the last decade should give local fishers, whether they be recreational or commercial, a lot of insight into just how fragile these reef systems are, not just the Astrolabe Reef but all of New Zealand’s reef systems,” says Dr Ross.

The grounding of the Rena turned the eyes of the world on the Bay of Plenty, the disaster at the time visible from satellites in space.

Professor Chris Battershill says the work of University of Waikato researchers was integral not only in the short-term, following the ship’s grounding, but also in developing unique research methods that can be used in future maritime disasters.

Alongside monitoring and management, University of Waikato Researcher Professor Alistair Wilkins also developed a method to “fingerprint” oil from the ship, a vital tool which can now be used to prove the source of environmental impacts in any future events.

The entire body of research has provided invaluable information on both dealing with future maritime disasters to providing solid toxicology limits for New Zealand’s taonga species, including Tuatua which took up oil from the wreck, says Professor Battershill.

The Rena was carrying 1368 containers and 1733 tonnes of heavy fuel oil when it grounded. As it broke up over the following days it is estimated 350 tonnes of oil spilled into the sea and many of its containers washed overboard.

“The Rena was the most complex shipwreck in the world. We had heavy fuel oil, plastic debris, heavy metals,hydraulic oils, paint, and dangerous goods all mixed together. There were even 3574 tonnes of milk power lost which was visible by satellite. No information on toxicity of this contaminant soup was out there to help us understand the impacts,” says Professor Battershill.

“Now we have the information, and it's relevant to New Zealand situations,” he says. 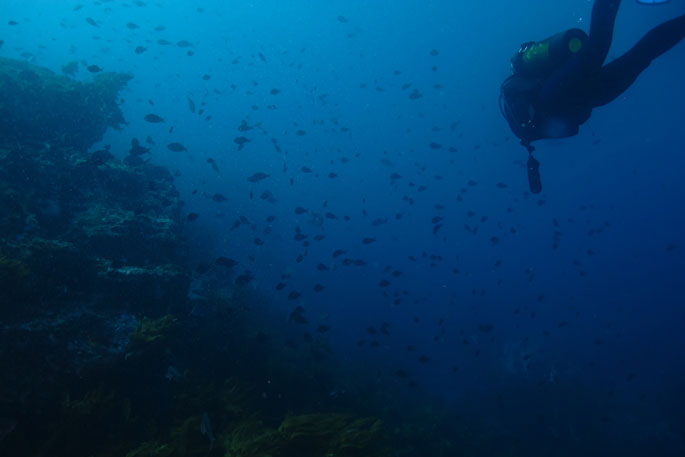 Diving the Astrolabe Reef the site of the MV Rena wreck.