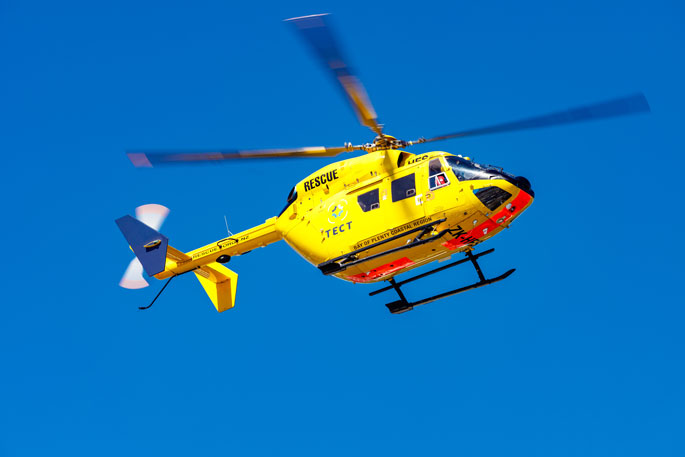 The Tauranga-based TECT Rescue Helicopter has been called to a number of different missions in recent days. Supplied photos.

A woman falling from a horse, a kayaking injury and two medical events have all been on the TECT Rescue Helicopter’s radar.

On Sunday, the Tauranga-based rescue chopper was dispatched to McLaren Falls following a kayaking accident.

“A man in his sixties sustained a leg injury whilst kayaking,” says a spokesperson for the rescue helicopter.

“The patient was winched from his location and transported to Tauranga Hospital in a moderate condition, for further treatment.”

On Saturday, the TECT Rescue Helicopter was tasked to Te Aroha for a woman in her thirties who had sustained injuries falling from her horse. 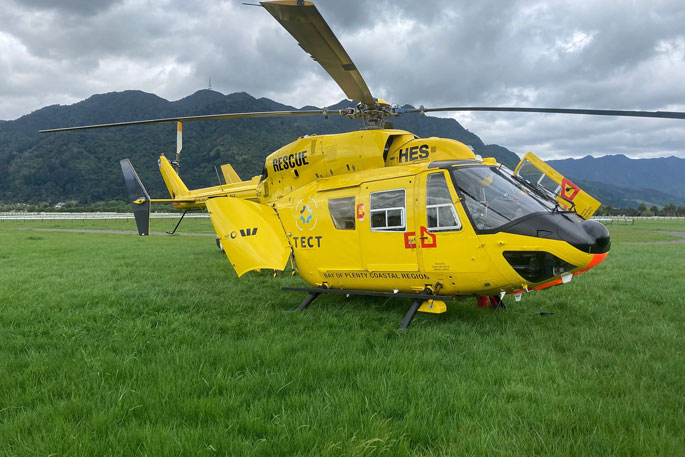 “The patient, with her partner alongside, was flown to Waikato Hospital for further assessment.”

Earlier last week, the helicopter was called out to Waihi for a woman in her sixties suffering a medical event on September 28.

The onboard crew flew the patient to Tauranga Hospital for further care.

On Wednesday, September 29, the TECT Rescue Helicopter was dispatched to transport a woman in her sixties suffering a serious medical event.

The onboard crew flew the patient to Waikato Hospital for further treatment.

“Missions like these would not be possible if it weren’t for the generous donations from the public.