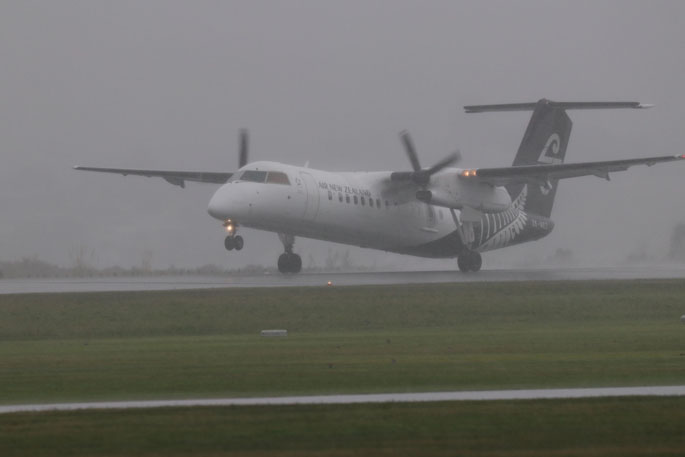 A number of flights have either been diverted or cancelled this morning. File photo/SunLive.

A number of flights in and out of Tauranga are being affected by weather today.

A couple due to depart the city this morning has told SunLive that their flights have been cancelled due to planes being unable to land because of the weather.

A severe weather watch is in force for he Bay of Plenty for heavy rain today.

One flight coming from Wellington has been cancelled, while two flights to Wellington and one to Christchurch have also be scrapped.

According to the Tauranga Airport website, two Wellington flights due in to Tauranga this morning have been diverted, along with an inbound Christchurch flight.

All other flights appear to be running as scheduled.

SunLive has contacted Tauranga Airport for more information and will provide an update when we can.