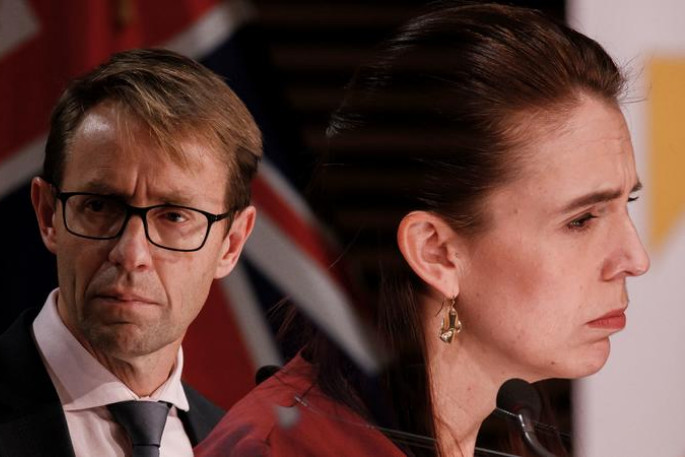 The protest organised and hosted by Destiny Church leader Brian Tamaki yesterday was "a slap in the face" for Aucklanders who were complying with level 3 rules, Prime Minister Jacinda Ardern says.

Protests were held across the country yesterday, with up to 2000 people demonstrating against lockdowns in Auckland's Domain.

At this afternoon's Covid-19 update, Jacinda Ardern said the police response to yesterday's protest was an operational matter.

"It's very important I don't step into that.

"I do of course have a personal view on the protest itself; it was wrong, obviously it was illegal but also it was morally wrong.

"What does it say to every Aucklander who has given up a huge amount over the past few weeks to do the right thing and keep other Aucklanders safe? It was a slap in the face to them."

Director-General of Health Dr Ashley Bloomfield had a similar response.

"It's an unnecessary risk and an illegal risk as the prime minister said, and I just, you know it's frustrating and disappointing."

Ardern would not be drawn on the police response, saying they needed to be left to do their job and were still considering it.

In a statement yesterday, police said the gathering in Auckland was a breach of alert level 3 guidelines which limit gatherings to weddings, funerals and tangihanga with no more than 10 people.

They said while no arrests were made or infringement notices issued they were considering prosecution options.

Police were concerned that many protesters did not practise social distancing or wear masks.

However, Tamaki said he has seen worse compliance at Mission Bay beach recently.

He said the lockdowns have to stop because too many people are being harmed financially and emotionally.

Everybody breaks the speed limit every day. That kills hundreds every year. Hypocrites should be jailed for 5 years.

What's good for the Goose...

As long as EVERYONE else that have broken the Covid rules recently are also prosecuted and this has not happened has it.

... does not rule our country and there is absolutely no reason why he should be above the Law. He offers a focal point to people who are tired and frustrated with lockdown, and do not have the resolve or strength that most Aucklanders have shown. As the instigator of this illegal gathering, he should be arrested and imprisoned immediately. Mission Bay compliance should also be policed better. There is no point in passing laws (even temporary ones) if there is no will or ability to enforce them. Auckland has suffered enough without this insult. I’ll be interested to see what legal action is taken.

What does New Zealand expect when you tolerate numerous cults and gangs? It’s only one step ahead of the voodoo nonsense that exists in Africa. Backward. Uncivilized. I’m heading back to the civilized world.

If Tamaki is not prosecuted and others that follow his cultish ways then you cannot prosecute others. He was warned and went ahead knowing full well what would happen. He needs to realise he is not God. Prosecution with jail time to the fullest extent of the law. His personal actions in organizing this may very well lead the country back to L4 and cost lives and jobs and businesses. He is an absolute disgrace and out of control.