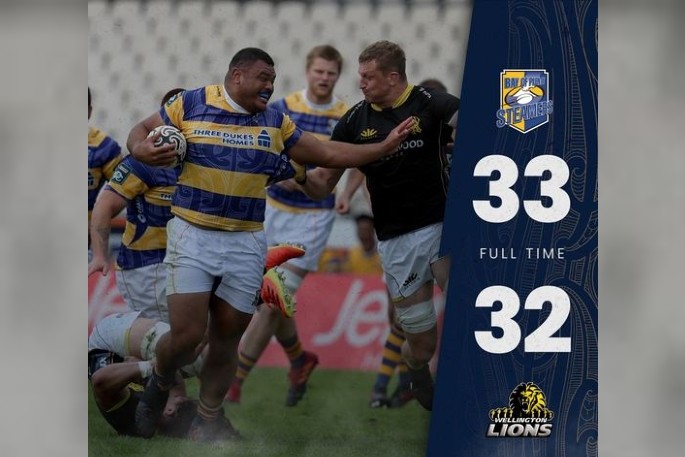 Bay of Plenty Steamers triumphed over Wellington in a nailbiting finish with a final score of 33-32. Image: BOP Rugby.

Bay of Plenty have pipped Wellington 33-32 in Rotorua to edge up the NPC rugby premiership ladder.

Steamers centre Emoni Narawa crashed through in the 82nd minute, and Otere Black's conversion secured the narrow win as Wellington stumbled to their fourth successive loss.

First half tries to Justin Sangster and Alefosio Tapili - and the accurate boot of Black - gave Bay of Plenty a 14-12 half-time lead.

They looked in control at 26-17 ahead with 15 minutes to play, but Wellington's three-try burst in 10 minutes regained them the lead at 32-26 until Narawa powered over with time up.

Bay of Plenty are now fifth on the ladder, but on the same points as third-placed Tasman and fourth-ranked Canterbury.