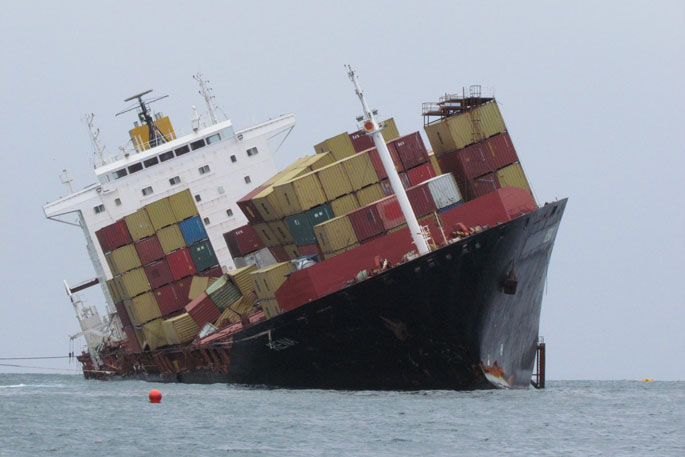 The Rena grounding was one of the worst maritime disasters in NZ history. Photos: Sun Media.

Almost 10 years ago, the MV Rena departed from Napier on October 4, 2011, bound for Tauranga.

When the vessel ran aground on Astrolabe Reef off the Tauranga coast at 2.14am on October 5, tens of thousands of tonnes of containers and cargo came to a complete stop in half a ship’s length.

Brian Rogers, owner of Sun Media which publishes The Weekend Sun and SunLive, was one of the first on the scene.

“We broke the news to the world of the Rena running up on the reef,” says Brian.

“At the time, I don’t think anybody, including ourselves, realised how big a deal it was going to be until we got there that morning.”

Plans were immediately set in motion to rescue her crew, remove her bunker fuel and salvage the vessel with her cargo.

The grounding has been labelled one of the worst maritime disasters in New Zealand’s history.

Maritime NZ director Kristie Hewlett says the Rena response was unprecedented in its scale and complexity.

She says they are better prepared for future events as a result of what they have learned from the grounding.

Over the following few days and weeks, an estimated 350 tonnes of oil spilled into the sea and many containers washed overboard.

Over time, the vessel broke up and significant debris was released into the ocean. 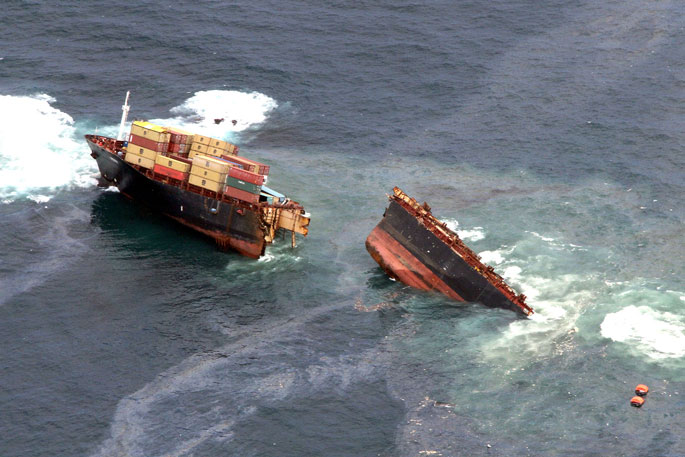 Response efforts, led by Maritime NZ, focused on cleaning the oil and debris that had reached the beach, while a team of salvors worked to remove the oil and containers remaining on the ship.

Over the following months and years, a complex salvage and environmental remediation operation was undertaken, with the majority of the vessel removed and an extensive clean-up of the affected environment.

While the incident response from Maritime NZ was immediate and comprehensive, an independent review found areas for development to create resilience for any future events. the past decade,

Maritime NZ has made a number of improvements to its preparedness for major maritime incidents.

Systems and plans to better support community and volunteer engagement are now built into an overall integrated approach to large-scale maritime incidents that recognises the complexity of such events.

Following the Rena grounding and oil spill, during the response and recovery activities, Maritime NZ and its partners hosted a series of public meetings.

The clear message from the Bay of Plenty community was that these were their beaches and they wanted to help clean them up, says a statement from Maritime NZ. 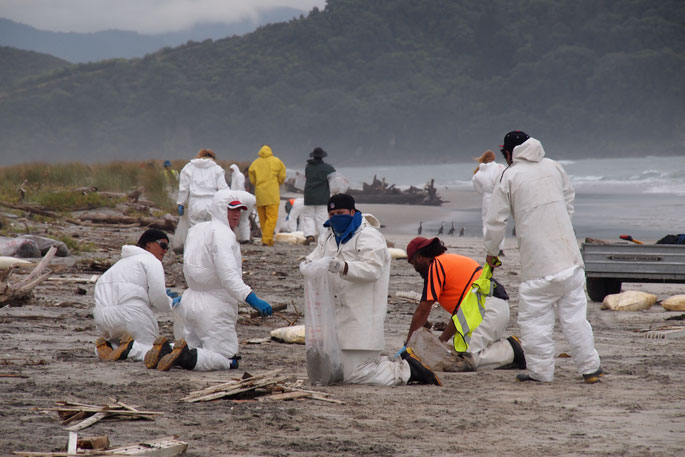 Operation Beach Clean was developed to harness volunteer energy effectively, positively and safely. The response from the public surpassed all expectations, with volunteers registering online at an average of four per minute over the first few days.

A close working relationship developed over time with local iwi and hapū that continues to this day.
Following the review into the incident, Maritime NZ began a comprehensive programme to improve and maintain the wide range of capabilities needed to manage such complex incidents.

Activities have included: major All-of-Government (AoG) exercises; re-equipment and new equipment programmes; training development and implementation; a new readiness and response strategy and plans; and the establishment of support arrangements with both New Zealand and international parties for specialist support and rapid scaling up in the event of another incident. Work on these capabilities is continuous. 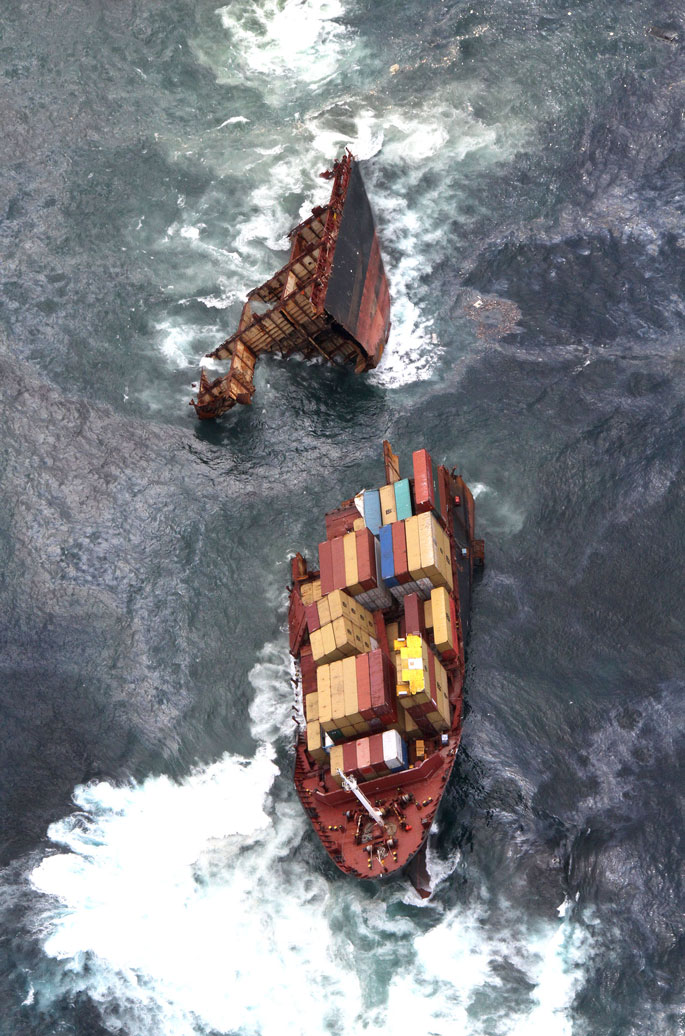 The Rena Recovery Project, led by the Bay of Plenty Regional Council in partnership with central government agencies, was declared complete in July 2015 and moved into a monitoring phase that continues to this day.

Today, the Ministry for the Environment notes that the affected environment is recovering well.
Maritime NZ’s investigation into the grounding and oil spill found the ship's officers had ignored basic navigation practices and deviated substantially from the approved course as they hurried to get to Tauranga port.

The master and navigation officer were imprisoned for seven months after pleading guilty to charges under the Maritime Transport Act (1994) and Resource Management Act (1991).
Maritime NZ led the response to Rena, which was a complex and large-scale operation.

A grounding and oil spill had not occurred on this scale in New Zealand before. Government response efforts, including clean-up, cost NZD $47 million, with over NZD $27 million contributed by the ship’s owners.

The salvage was carefully overseen by the Government but paid for by the ship’s owners at a cost of NZD $700 million.

“I am proud of the way our team responded to this significant maritime incident. On this ten-year anniversary, I would like to remember, and pay tribute to, their efforts today and emphasise the progress we have made to build our capability as we go forward,” says Hewlett.

“I would also like to acknowledge the support we received from our many response partners at the local, regional, national and international levels and as part of these partnerships, in particular, the work of the volunteers, councils, iwi and hapū, and the community of the Bay of Plenty.” 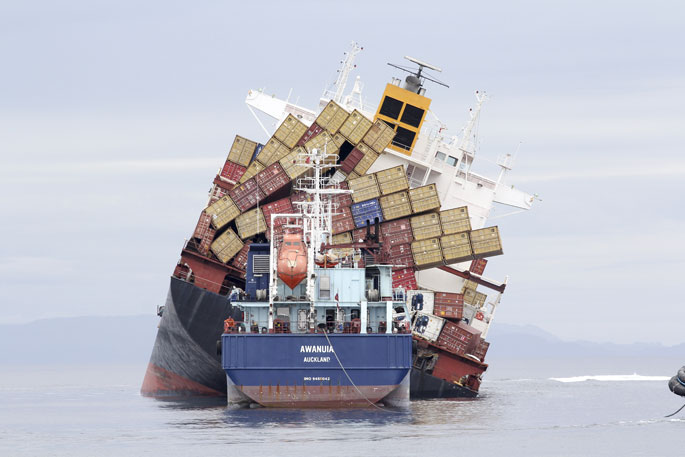 Maritime NZ led the response to Rena, which was a complex, and large-scale operation, involving most of Maritime NZ’s staff, many response partners, representatives of the local community and central and local government.

A grounding and oil spill had not occurred in New Zealand on this scale before.

Hewlett says NZ is better prepared for the future as a result.

Over the next week, Sun Media will be commemorating the anniversary of the Rena's grounding.

The Weekend Sun has a special commemorative liftout in this weekend's edition of the paper and SunLive will also have special features to acknowledge the anniversary on October 5.