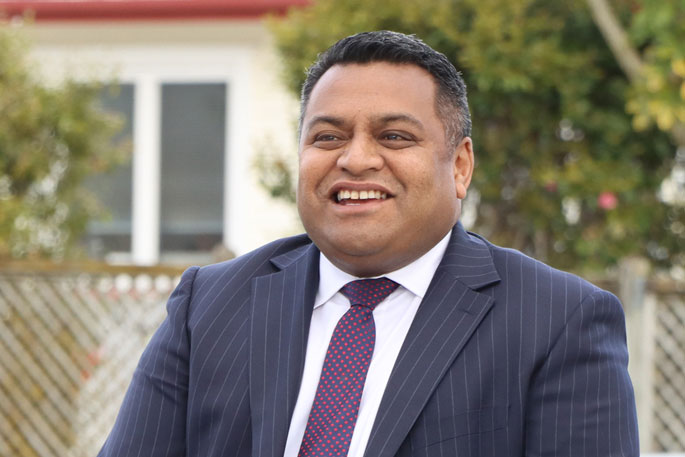 Thousands of migrant workers stuck in visa limbo will soon have the chance to apply for fast-tracked residency.

The government has confirmed it is setting up a one-off resident visa, that could see about 110,000 people already in New Zealand apply.

The one-off 2021 Resident Visa includes over 5000 health and aged care workers, around 9000 primary industry workers, and more than 800 teachers.

"We are providing a way forward for our migrant families who have been long disrupted by Covid-19, while ensuring businesses have the certainty they need to plan into the future and continue driving the economic recovery,” says Faafoi.

"The changes give migrants certainty about their future here, allowing them to continue putting down roots, and will help reunite many families who were separated by the border restrictions that prevent Covid-19 entering the community.”

He says the government wanted to make sure it could process the applications in a timely manner.

"There's obviously been a fair degree of frustration about delays in the residency queues and I have had a focus on ensuring that Immigration New Zealand is very customer focused here."

He says the process will be streamlined and online rather than paper-based.

Expressions of interest from skilled migrants for residence visas have been paused since March last year.

Hundreds of doctors and nurses were caught up, with the Association of Salaried Medical Specialists (ASMS) raising concerns of a "mass exodus" with Faafoi's office in June.

Migrant workers fed up with the lack of a residency pathway in the rural sector were also considering leaving the country.

The 2021 Resident Visa would be available to most work-related visa holders, including Essential Skills, Work to Residence, and Post Study Work visas and their immediate family members.

The applicant must have been in New Zealand on September 29 2021 and must hold or have applied for (and subsequently be granted) a work visa.

They must also meet one of the following criteria:

The visa will also be available for those who entered New Zealand as critical workers for roles six months or longer until July 31 2022.

Faafoi says people who are already in the queue for a residence application will be prioritised when the applications for this visa open.

"Anyone who has put in an expression of interest, who have dependent children 17 years or over will also be prioritised in the first wave.

"This initiative addresses that immediate issue while work on the immigration rebalance looks longer term at preparing for the eventual reopening of New Zealand's borders.

"But our message to industries and employers remains clear; they need to look for ways to build resilient workforces and to attract, train and retain local workers and reduce their reliance on low-skilled migrant labour."

The problem has been Labour saw Covid as an opportunity to "reset" New Zealand. Well they have. It’s gone backwards and the exodus of skilled people, particularly in the health sector, is costing us all dear. They were warned. I have been banging on about it months. But they cannot get past their own warped ideology. We don’t need purpose built MIQ. In a few weeks we will have vaccinated enough to open the borders to citizens and residents, have rapid testing and home isolation. It’s the sensible way forward. Anything less is setting us further back.

We lost doctors and nurses because of visa delays , we lost others who wanted to come. A NZ builder friend still trying to come home but quarantine lottery just not working with over 25 thousand asking to return . We could have built purpose built quarantine long ago. Super slow and super sad in every aspect.

Down in the polls

So out come the easy announcements. But in reality you only need to read the first sentence in this story.... They get a CHANCE to APPLY... that’s 165,000 applications that will need to be fully assessed and reviewed. We all need a shovel to dig ourselves out of the huge piles of B.S that is coming out of the beehive