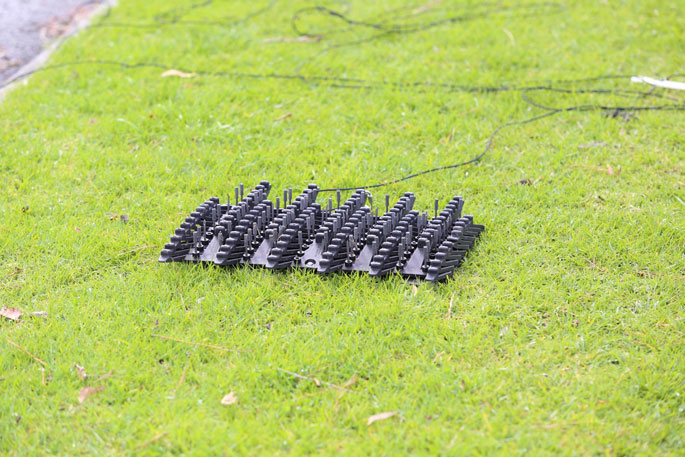 Road spikes were used to stop the car on Wednesday afternoon. File photo/SunLive.

Police used road spikes and an Eagle helicopter to catch a driver who fled a police checkpoint at the Auckland border.

Police say the man, who was known to them, was turned around at a checkpoint south of Auckland for not having proof he was allowed to travel out of the region on Wednesday afternoon.

He also had no evidence of a recent Covid-19 test.

The man sped off but police stopped the road chase for safety reasons, says a police spokesperson.

Instead, the police Eagle helicopter monitored the vehicle and it was eventually stopped by road spikes about 50 kilometres away near Puriri in the Hauraki Plains.

The driver refused to get out of the car and was arrested, says police.

He will likely face multiple charges.