BOP carbon emission up more than four per cent 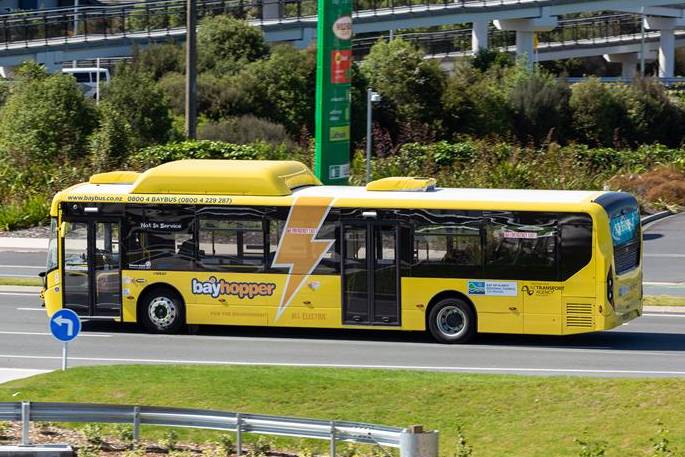 New data released by Statistics New Zealand shows that Bay of Plenty carbon emissions grew by 4.4 per cent in 2019.

The report shows the rise in emissions in Bay of Plenty is primarily due to increases in agriculture and manufacturing emissions.

Bay of Plenty Regional Council General Manager of Strategy and Science, Namouta Poutasi, says this is sobering news for the region when we all need to be focusing on how we can reduce emissions and mitigate the impact of climate change.

“Transport is where Regional Council has the greatest ability to influence regional greenhouse gas emissions. Overall, we can see that transport related emissions make up 90 per cent of household emissions and have been on the rise over the last decade. This is a worrying trend,” says Poutasi.

The data shows there was a two per cent increase in household transport emissions in 2019, as people continue to use their cars as their main way to travel, for example, to get to and from work.

“Regional Council is working to make other travel options, such as public transport, more accessible and affordable so more people are able to ditch the car. These actions are good for the community, for personal health and wellbeing, and good for the climate.

“One full bus can take more than 50 cars off the road so reducing the high dependence on car travel is key to addressing the challenge of rising greenhouse gas emissions.

“We currently have five electric buses based in Tauranga, and will work towards having a fully electric, and/ or hydrogen fueled, fleet for the whole region by 2028 when the last current contract comes up for renewal.

“It’s a big investment, but electric buses are significantly cheaper to run than the diesel equivalents and offer a superior experience for passengers. A move towards zero emission buses will also be helped by financing available through the New Zealand Green Investment Fund, to which councils can apply for debt or possibly equity investments.

“There is no silver bullet here, but all changes have potential to make a difference."

“As a country we’re on a mission to achieve net zero emissions by 2050. If we are to truly influence climate change trends, we all need to play our part.”

In 2019, Bay of Plenty’s total emissions increased by 4.4 per cent (147 kilotonnes), which was higher than the national increase of 2.1 percent.

In 2019, 82 per cent of Bay of Plenty’s emissions were from industry and 18 per cent from households.

Over the next year, Regional Council will be undertaking feasibility work to assess the scale of the decarbonisation challenge and potential costs of buses, additional power infrastructure and depots (required to house/ maintain an all-electric fleet).

...I’ll say it again: The best way to get people using buses, is to make it easy and efficient to use buses. A fleet of smaller, more agile, and flexible electric minibuses, that can be expanded in response to demand, is what we need. They cause less problems on the road than the buffalo buses we currently have, they are less expensive to buy and maintain, and they could run on non-main streets within suburbs where they can drop people at home and pick up people by hand signal. Modern technology can monitor occupancy in real-time and more buses can be released on to peak routes at peak time. If you make using the bus, cheap, easy and convenient, people will use them. (This is not a pipe-dream; I saw it in Hampstead Garden Suburb over 20 years ago, but they were not electric...)

Kancho Got it Right

With all the traffic jams and snarl ups around our city - what do they expect . . . The longer we sit there in the traffic, motor idling away, gas emissions pumping out . . .

What do the climate hysterics want now? Stop agriculture and manufacturing?

Thank heavens for the farmers and manfacturers

So more farmer and industry emissions sounds great as it’s productivity that is struggling to keep us afloat. NZ has poor productivity generally so these guys are earning overseas for all of us. Government is borrowing billions so we need farmers more than ever. The debts will be for grandchildren and great grand children as it is.

No CO2 calcs are wrong

Why do they only use 5m trees ? Its all a bit of a farce isnt it if your not including all vegetation that sinks CO2.

Nice try. Public transport is expensive, unreliable and provide a perfect environment for transmitting bacteria and viruses. I will stick to my car thanks. I suggest a lot of the increase in carbon emissions is due to allowing more people to live in our region!!

As per the photo, 90% of the buses appear to be running empty. Why did we ever change to larger buses. You could reduce the emissions in the bus fleet, simply by reducing the bus size. As for electric vehicles, electricity still has to be manufactured, probably by a coal station in Huntly