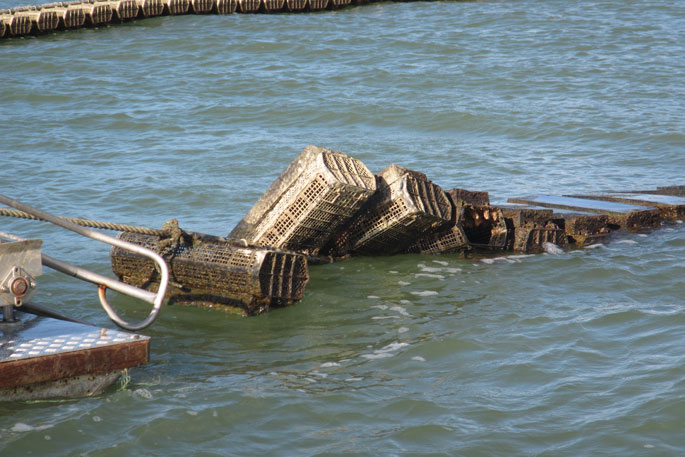 A project is under way to determine whether Aotearoa New Zealand’s long defunct rock oyster industry can be revived.

NIWA scientists and the Northland-based Kahukuraariki Trust Board are working together to determine whether modern aquaculture practices could be used to farm rock oysters and turn them into a viable industry.

Trust general manager Geraldine Baker says the iwi’s strong relationship with the marine environment, and a relatively recent history of subsistence from the whenua and the moana, made looking to the sea to develop customary, commercial and employment opportunities for current and future generations, an easy choice.

"The focus on the native rock oyster was to rejuvenate the once prosperous industry that flourished in the Whangaroa Harbour before the introduction of the pacific oyster.

"We understand there are going to be challenges, but so far it’s looking fairly promising. Once proof of concept has been reached, the next step will be to partner with like-minded investors. We’re confident our wider Iwi whanaunga will see the benefits for their members, the opportunity to utilise their own water space, employ and develop their people and the investment in Te Taitokerau region in general, as something they want to be part of."

NIWA marine biologist Dr Sean Handley says the rock oyster, found here and in Australia where it is known as the Sydney rock oyster, was a fledging industry here in the late 1960s until it was overtaken by the Pacific oyster.

"Farmers adopted the Pacific oyster because it grew faster and larger and was easier to grow. That led to the rock oyster largely being overlooked here for the past 50 years." 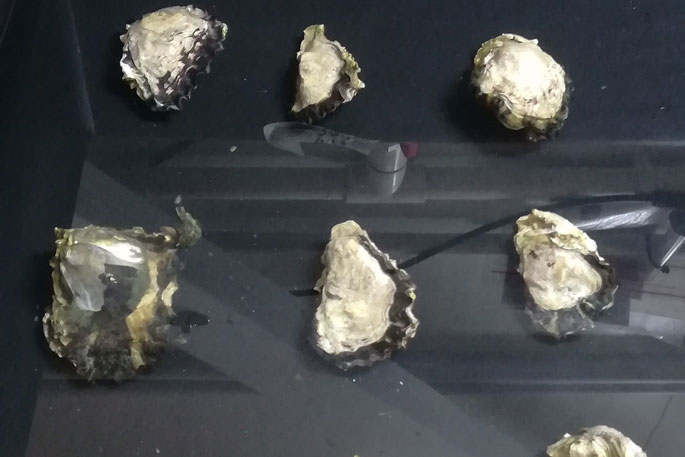 However, Dr Handley says the Pacific oyster was severely affected by a herpes virus about 10 years ago which knocked back populations and had a devastating effect on the industry. Work to develop breeding programmes to overcome the virus is still ongoing.

The rock oyster project began last summer with an attempt to harvest oyster spat (larvae) from Northland’s Whangaroa Harbour but was unsuccessful.

Dr Handley says a decision was then made to place some oysters in NIWA’s Northland Marine Research Centre’s hatchery where they were conditioned for a couple of months before being spawned.

"The first spawning was very successful and produced more than one million eggs and larvae. From there you tend to get about a 30 to 40 per cent success settlement rate so we now have about 300,000 rock oyster spat."

Settlement is a vital step in the lifecycle of the oyster and occurs when larvae attach themselves to a surface to grow. From there the shellfish are transferred to a flupsy - or floating upweller system, which resembles small barge with a paddle wheel. The flupsy is equipped with trays covered in fine mesh which are used to grow shellfish in open water while protecting them from predation until they are large enough to survive on their own. They also provide greater water flow enabling quicker growth rates. 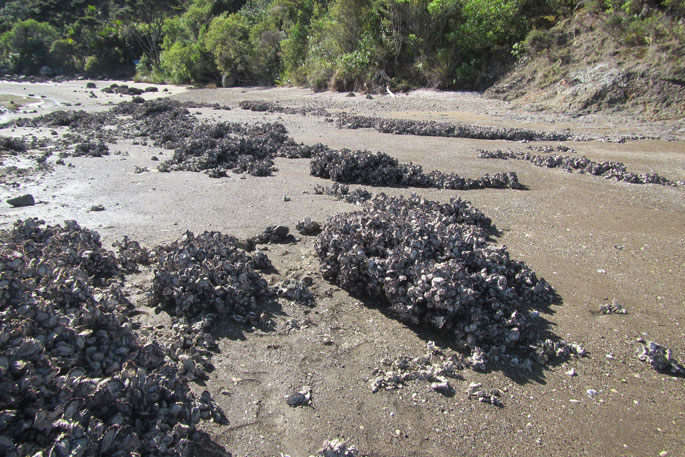 Dr Handley says the spat needed to be between two and three millimetres long before they can go into the flupsy.

"We’re in the early stages at the moment but this is about diversifying our existing oyster industry. Long term we’d like to establish breeding programmes so we can genetically select for good condition and marketable quality."

The plan was to get the oysters into the harbour as soon as possible.

Dr Handley says in Australia the rock oysters fetch a premium price over Pacific oysters as they have a more intense flavour, despite being smaller.

He believes any rock oyster industry here would initially be more of an iwi-led niche product but that there was plenty of scope to see if it could be developed to compliment the Pacific oyster market.