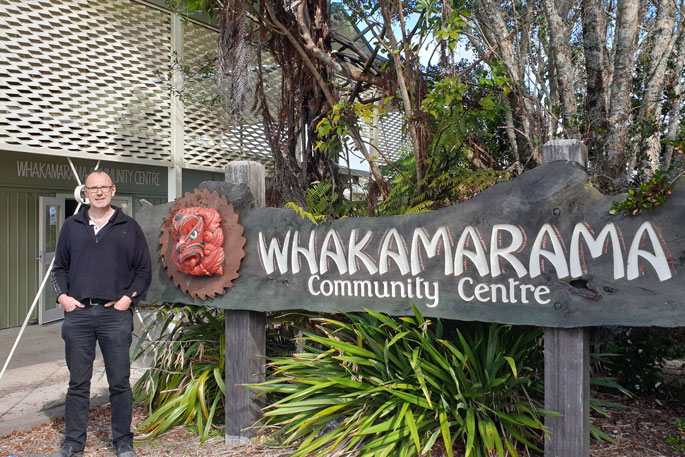 The Whakamarama Community Centre, also known as Whakamarama Hall, will open its doors to the community on October 31 after six months of closure due to renovations.

The recent renovations include an upgrade to the toilets, including an increase in toilet numbers and new showers installed, a new kitchen, replacement of the windows, a new storage room, a sewer upgrade and major structural upgrades to the hall, including insulation.

These renovations follow upgrades completed in Stage 1 of the project. These included lowering the former stage area to improve use of the space and provide new indoor-outdoor flow to a new, large, covered deck area, and the installation of new doors from the hall onto the deck.

Stage 1 of the project was completed in February 2020 thanks to considerable volunteer effort of community members overseen by local tradespeople and companies, donating over 600 hours of work and giving up leave and weekends to get the job done.

“At 45 years of age, the hall had some facilities and elements that were at the end of their economic life and required replacing, in addition to modernising core facilities to reflect the changing needs of how we live and celebrate today.

“The kitchen hadn’t had any significant work, we didn’t have an accessible toilet, so we were in breach of the building act, and there weren’t a sufficient number of toilets. So, with bringing the building up to speed, it made sense to tie in all those functions and redesign it and get it working.”

The project started back in 2015 when a survey was undertaken to ask the community what it would like to see in its community hall, both now and in the future.

Issues and modifications identified included improving accessibility for people with disabilities, creating an outdoor barbeque area, increasing the size of the storage area, incorporating sustainable and green building principles, and replacing the kitchen with one that had the capability of commercial certification for community cooking classes.

Mike says the upgrades provide more flexibility of usable space that better reflects how we live now than we did in the 70s. 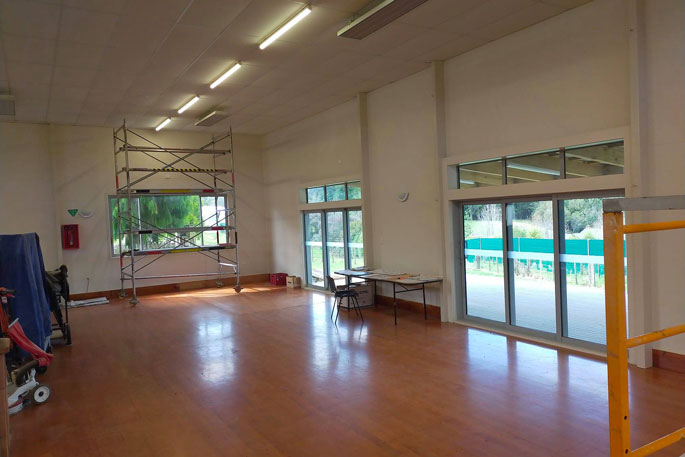 An inside look at the hall.

“Obviously, the use of community halls has changed. There used to be lots of dances, for example. There’s fewer of those now, but having a space where you can communally get together or have large events, whether that be weddings, birthday parties, functions, just a chance to get together as a community, is still important.

“We’ve felt a much closer sense of community up here rurally than we ever did in town – we didn’t know the people across the road before. But the locals here, like most rural communities, get to know each other a bit better. The community centre is conducive to that.”

The hall was built in 1976 on land gifted by the Bidois family of the local Pirirakau Hapu of Ngati Ranginui iwi.  It was built largely by locals with volunteered labour and materials.

The community centre serves as a meeting and gathering place for residents and whanau, a venue for celebrations for the wider Bay of Plenty community, and serves a crucial function in the life of two local rural schools that are unable to have a school hall of their own.

The facility is also used by a preschool playgroup, a fitness and yoga group, permaculture classes, community meetings and social nights, and as the location for the community library.

Next on the to-do list, the community centre will look to get the floors redone, upgrade the outdoor space, and add new shelving in the library.

While Stage 1 of the project was largely made possible due to volunteer effort, the recent upgrades were supported by a TECT grant of $175,000. 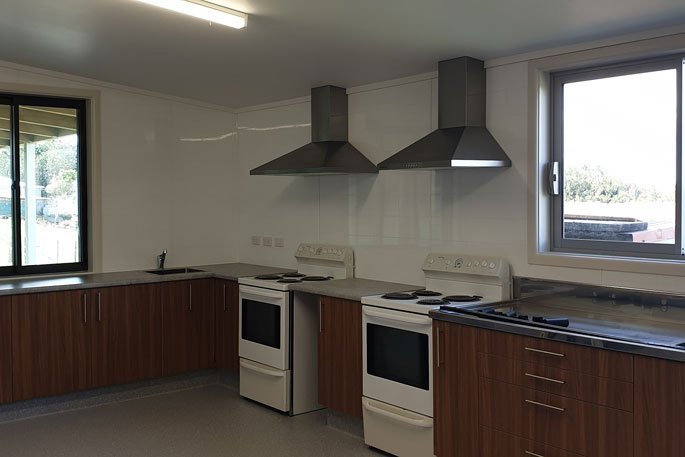 Mike says without this funding, the upgrades would not have gone ahead.

“TECT’s funding was huge for us; without it, we would have been stuck. We needed money to engage an engineer, get the resource consent, complete the drawings, and finalise the cost. It was one of those chicken and egg scenarios where we needed to do quite a bit of work upfront.

“With TECT’s grant approved, we then had a third of the funding, which meant we could go to the other funders. We are incredibly grateful to TECT for being that first funder on board to help us make these upgrades a reality. It means a lot to our community to have a more functional space.”

To learn more about the Whakamarama Community Centre, visit  https://www.facebook.com/WhakamaramaCommunityHall/.