The rise and rise of domestic spirits industry 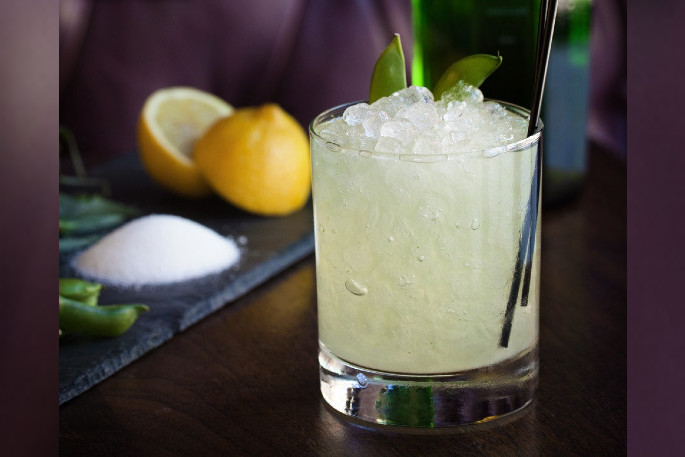 The spirits industry is on a roll with spirits outperforming beer and wine. Photo: File photo.

Walk into most bars in New Zealand and you’ll find an increasingly comprehensive selection of spirits, prominently displayed and keenly sought after by consumers responding to a global trend which has seen spirits outstrip beer and wine market growth.

But, as Spirits New Zealand Chief Executive Robert Brewer says, this is a relatively recent phenomenon driven by a shift in consumer preference, an increase in consumer understanding and a responsive global industry.

“Fifteen years ago there were less than 20 truly commercial distilleries in New Zealand – now there are almost 100,” says Robert.

“The small, mostly artisan distilleries mirror what has been happening around the world as consumers, almost en masse, are demanding unique products with known artisan pedigrees and local flavours.”

The rise in the popularity of spirits can also be attributed to a greater understanding among consumers that the gin and tonic they order can have less alcohol and fewer calories than the bottle of beer or glass of wine their friends are drinking.  And, as understanding has increased, so has the demand for flavour combinations difficult to replicate in wine and beer but perfect for the cocktail scene.

“The rise in the popularity of cocktails has been phenomenal and mainly driven by younger drinkers who understand that most cocktails have no more than about 1.5 standard drinks – about the same as a bottle of craft beer and not much more than a glass of red wine.

“Cocktails at home have also driven the rise in spirit popularity and spawned a sub-culture of mixers to go along with the cocktail’s spirit base,” says Robert. 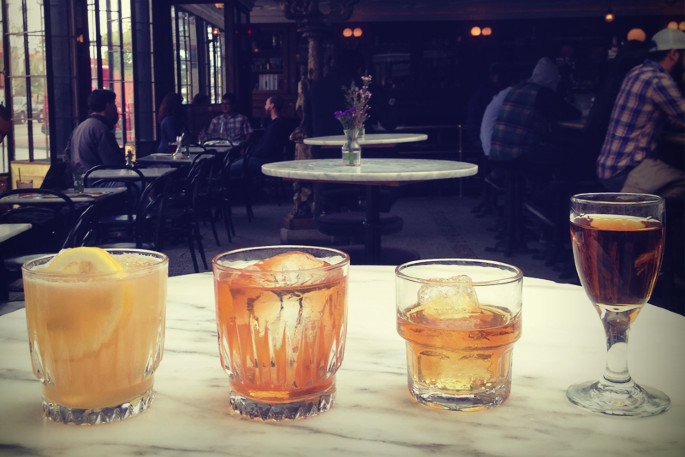 Robert also points out that COVID has effectively shut down Duty Free which accounts for about 16 per cent of overall sales volume some of which has shifted into the domestic market.  The latest alcohol available for consumption data released by Statistics New Zealand recently showed an almost 34 per cent increase in spirits compared with last year with a corresponding drop in beer and wine consumption.

“The other global trend mirrored here in New Zealand is that, overall, consumers are drinking less but are spending more on premium, artisan products with local flavours and local stories.  This suits our growing spirits industry perfectly.” 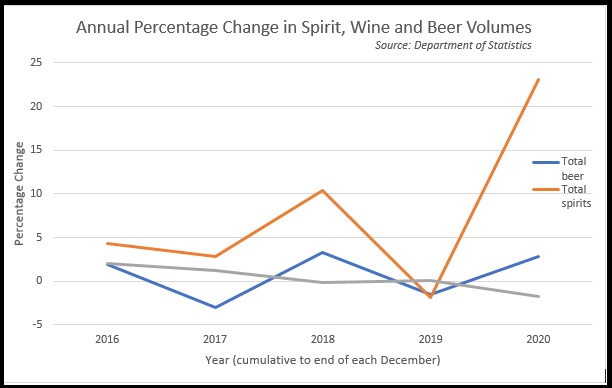 Change in consumer preference showing beer versus wine versus spirits.  Spirits has outperformed beer and wine at the expense of these two categories. Note that growth in 2020 partly caused duty free volume shifting into domestic market due to COVID.