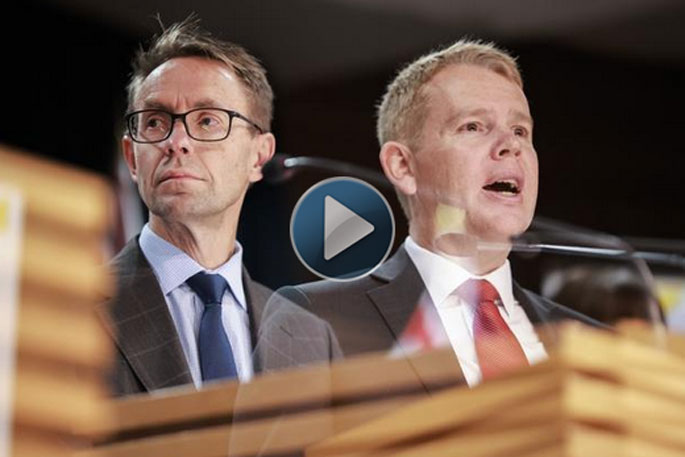 There has been a sharp rise in Covid-19 cases in the community with 45 new cases announced today.

There has also been an increase in testing in the Bay of Plenty region following the detection of Covid-19 in Tauranga wastewater, but the numbers could still be higher, according to Director-General of Health Dr Ashley Bloomfield.

All of the positive results have been returned in Auckland and despite the incline, Bloomfield has attempted to quell fears over the jump.

He explains that 33 are known to be close contacts of previous cases and have been isolating throughout their infectious period. Of those, 26 are household contacts and Bloomfield says this rise was anticipated.

“While the overall number today is obviously a lot higher it is important to note many of these cases are linked and in some sense they were expected,” Bloomfield says.

There has been a slight increase in testing numbers across the Bay of Plenty, with 400 tested since the wastewater announcement.

But Bloomfield is suggesting that figure could be higher.

“We would like to see more,” he says. “I am just emphasising again that if anyone in that Tauranga and Mount Maunganui area have any symptoms then please go get a test.”

He says there is increased testing capacity in the area and also implores people in Tauranga to get vaccinated.

At today’s 1pm media update Bloomfield was asked why the positive wastewater result, which was known on Monday, was not released until Tuesday.

He says that the usual protocol is to wait for a repeat test regarding wastewater but on this occasion after discussions the decision was made to announce the result.

Further testing of Tauranga’s wastewater is underway and results will

There are 16 cases currently in hospital, seven in both Middlemore and Auckland and two in North Shore. Three are in ICU.

More to NZ than Auckland

There is plenty of talk in the media about not moving Auckland down to level two until more Aucklanders are vaccinated. What about the rest of the country? They cannot move Auckland down to L2 whilst there are community cases, until the entire country has had the chance to have two doses of the vaccine. There is more to NZ than Auckland you know!! Unless level two is going to include borders still and simply give Aucklanders even more freedom within the city?? January is the time to relax all restrictions - we would have all had the chance to become fully vaccinated by then. Those that choose not to - you’re on your own, and have no right to dictate controls when flare ups occur. Good luck!!

We need it to get out. It will get vaccinations up. Good news.