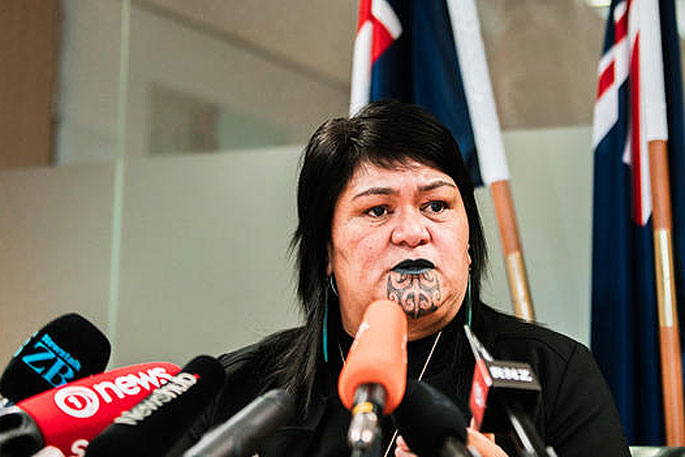 The Local Government Minister may allow for more council influence in the contentious water reforms, but still refuses to rule out changing the law to force councils to sign up.

Under Three Waters, all 67 local and regional councils' drinking, waste and storm water assets would be absorbed by four large regional entities.

In return, the government would pay for billions of dollars' worth of much-needed infrastructure and repairs.

But mayors up and down the country are far from convinced, with major reservations about losing local control over such vital assets.

Under Three Waters ownership of the assets would be transferred to the new entities, then councils would collectively own their regional authority.

When asked about the overwhelming opposition from councils, Mahuta says it's a "challenge for councils to try and, I guess, get their own thoughts over the line and they're asking ratepayers to do it on much less information".

Fears about ownership were a misconception, she says.

"Councils will still own assets under the proposed reform, albeit alongside other councils, and while they have talked a lot about losing assets - in fact much of the infrastructure's a liability because there's been underfunding of waters infrastructure for some time now."

However, National's Chris Luxon says councils are rightly worried about "not having direct influence and no shareholding or formal stake in the new entity whatsoever".

There'd be four regional representative groups - one for each entity - with a 50-50 split between local councils and mana whenua.

They'd appoint an independent selection committee, that would in turn appoint the boards to govern the entities.

Mahuta says she's signalled to councils "prior to the eight-week consultation and throughout ... that governance arrangements are an area that we can continue to work on within the context of the reform".

"The real criticism that councils have made is that they lose direct control of water infrastructure within their own area, and that is true.

"However they claim that they are assets but these water infrastructure networks have been underfunded for a long period of time," she says.

Luxon doubted any change will be substantial, for example, it could be giving each council a seat on the representative group. He suspected after doing a "tweak", the minister would "look to jam it through and make it compulsory and mandate it across all councils".

In Parliament, Mahuta was asked by National to rule out making council participation compulsory - which she refused to do:

"I'll rule in the fact that the case for change is compelling and well understood.

"We've moved well ... past the starting point of not understanding the complexity and the scale of the challenge, to, actually, now the sector understanding that there is a significant challenge with huge costs looming on councils that we need to find a different way.

"The status quo will not work," she told Parliament.

"If you're not going to recognise the Māori proprietary rights to water, and acknowledge the many treaty claims for freshwater, and the buying and the shipping of water off Aotearoa and overseas, it's going to end terribly and this could actually be the foreshore and seabed issue for this government."

"We're talking about puna that whānau have been using not only to sustain them but also as rongoā, as healing, and all those types of things," Waititi says.

"How does this Three Waters affect them, and does that mean the implication in terms of the monetary gain for the government and does it mean penalising our people more when we shouldn't be penalised for a taonga that belongs to us?"

Cabinet Minister Peeni Henare says the consultation may not have been smooth sailing but it has been "robust".

"I think the messaging has been quite clear, there have been some sticking bits which mean that we've got to sit down and do more work."

Concerns varied from iwi to iwi, he says.

"Those who have capacity look towards a different structure that suits their needs, while others who haven't settled yet or don't have a capacity or infrastructure are looking towards what does investment look like to bring them up to the start line to be able to be active partners in that.

"We've got some way to go yet and there's got to be more work to be done but I understand those matters are being worked through by the minister and other parties involved."

Despite the entrenched opposition, however, the government machinery rumbles on.

Legislation establishing standards and controls for the provision of drinking water has passed its third reading.

The consultation period ends tomorrow - Mahuta will now take on the feedback before going back to Cabinet with advice on how to proceed.

Bulldozer coming time is up before we know anything

Wow so many questions and yet short consultation and the bulldozer rolls in before anyone really knows. Think if Muhuta forces this through then it’s highly likely they will be gone next election. The first difficulty I have is that water shouldn’t be considered as owned by anyone. The second is that local interest is being usurped. Water supply generally nothing is wrong it’s seems it’s about funding for maintenance and improvements. So why isn’t government supporting local councils who are doing a good job with finance options. It’s not as broken as made out just needs some taxpayer funding as ratepayers are stretched probably a cheaper option . As it’s water don’t throw the baby out with the water. As a country we really can’t afford to keep borrowing and pretending. Farmers keeping us afloat

say goodbye to democracy and assets. mahuta and her cronies will take everything