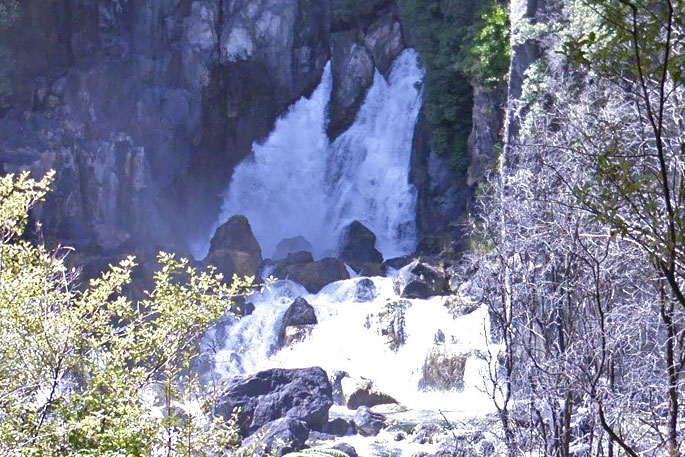 An eastern Bay of Plenty iwi is welcoming the return of more than 40 hectares of land around the Tarawera Falls into its possession.

The block, located in the forest between the town of Kawerau and the Tarawera Falls, is of immense cultural and historical significance to Ngāti Rangitihi.

Known as Pokohu A3 Block, it had been held by the Te Arawa Lakes Trust while Ngāti Rangitihi completed its Treaty settlement process, but with that done the Māori Land Court has now returned ownership to Ngāti Rangitihi.

"All of that land is significant because it just extenuates our mana and our mana whenua around the Tarawera awa, Tarawera Falls and the maunga. So this is just another expression of people recognising our mana whenua," he says.

The block was first gazetted to Ngāti Rangitihi in the late 19th Century, Comer said, "but like so much land it just stayed in that early gazetted state."

Then, in 1973, because Ngāti Rangitihi did not have a legal entity, the administration of the block was taken over by the Te Arawa Trust Board.

Te Mana o Ngāti Rangitihi is now such an entity, as part of a Treaty settlement last year.

"We went through the process and fortunately the Te Arawa Lakes Trust recognises our mana, and are more than happy and willing to hand the land back," Comer says.

"It's a vital link for people, including ourselves and members of the public, to walk up to the face of the falls. Have you been up there? Fantastic, eh. It's quite unique how the water comes out of the face of the cliff.

"With us owning now the access to the falls and also the land around the falls we can make sure that it's well looked after, ecological and cultural values are maintained, and it's something that we can be proud of for ourselves and which we can share with visitors."