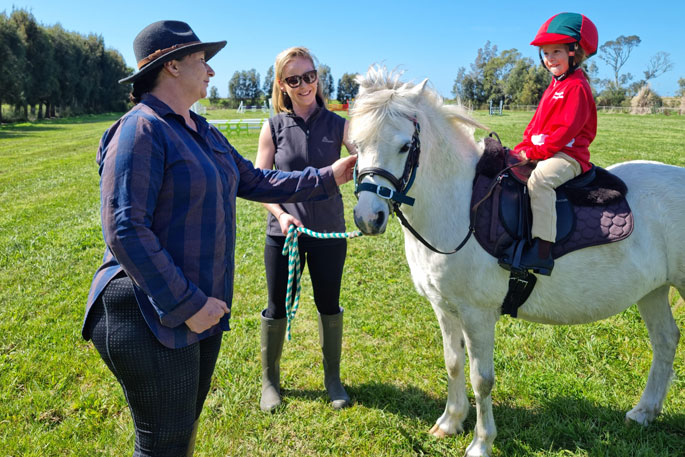 Times have been tough on the Otumoetai Te Puna Pony Club in recent years.

In 2018 the club suffered a devastating flood when the Wairoa River burst its banks, causing their grounds to be destroyed, much of their equipment to be damaged and eight horses fighting for their lives.

More recently, the siting of the new Tauranga to Otumoetai cycleway adjacent to the club has made their grounds easier to see and access, leading to many acts of theft, vandalism and break-ins.

"Our gateway had become a place for rubbish to be dumped and unsavoury characters to do business. Rubbish has been dumped in our drain and blocked a flood gate which caused the grounds to flood a number of times.

"We even had the rails on a new post and rail fence removed and stolen, and we had a $7,000 water bill from people coming onto the grounds and leaving taps running. We've had diggers vandalised, club rooms and storage containers broken into, equipment stolen, and vandals have propped open a flood gate in order to purposefully flood our land on at least seven occasions.

"Our members were becoming apprehensive about even going to our grounds alone, and I personally was worried as to what I would find every time I went down there."

Neighbours were experiencing similar issues and did their best to keep an eye out for culprits, but the club was concerned for their safety while approaching suspicious people and taking photos of number plates.

Last year, the club decided it was time to put a stop to the path of destruction by installing security cameras.

Western Bay of Plenty District Council recognised the area on Teihana Road was in need of immediate security support and agreed to part-fund the project.

The club applied to TECT for the other half of the funding and worked with Kiwirail, who supplied the power, and neighbours who supplied the fibre connection. The security cameras were installed in June this year.

Sarah says having that level of security means a lot to the club.

"The site feels secure now. We know we have people monitoring our front and back gates, the approaching road, and surrounds. We feel we can invest in the club's future without the fear that all our hard work will disappear on the back of someone's van.

"Our members now feel comfortable and safe. The illegal rubbish dumping has massively reduced. We still see people coming down the road with trailers full of rubbish, but mostly they spot the cameras and turn around and take their rubbish with them. We don't find dodgy cars parked in our entranceway anymore.

"Our members and neighbours are just delighted with the difference the cameras have made. The whole road feels safer, and the neighbours know if something occurs in the neighbourhood, then they can also get in touch with the security company to see what they have recorded. It's been an excellent community project that has brought us all together."

While the club was struggling to survive and down to just eight members after the flood in 2018, it is now up to around 40 members and has recently opened its doors to adult riders. 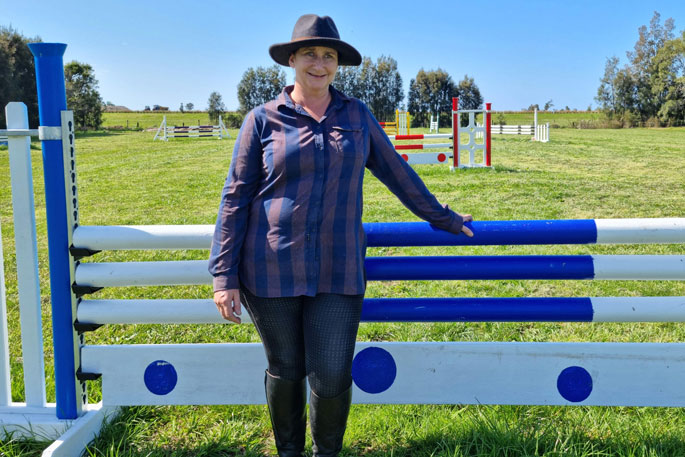 Sarah Rice at the club.

"We are becoming a hub for horsey people between Bethlehem and Katikati," says Sarah. "Our youngest member is five years old, and our older member will be 80 this year

"We offer equestrian support and instruction to families via the New Zealand Pony Club syllabus. We offer support to equestrians of all levels and ages, whether their goal is to have fun with their friends on horseback or whether they are aiming to represent New Zealand at the Olympics."

Sarah says the club could not have completed the project without TECT's support of $7,558.

'We run off the smell of an oily rag, and the last three years have been really tough. We have had to replace all our jumps and other equipment that was lost in the flood. We now feel we are in a position to fundraise better ourselves as our facilities are protected.

"Having said all that, we have had to postpone our fundraising activities over winter three times so far due to bad weather or Covid lockdowns. But onwards and upwards we travel. We are in a good place to build from, and we wouldn't be there if it weren't for TECT." 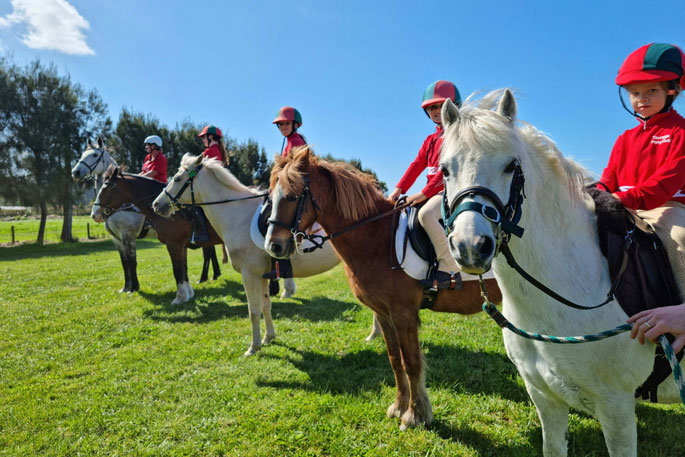 Riders at the club.